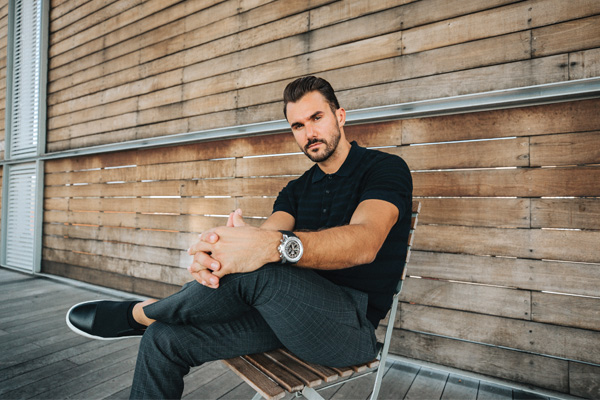 To be sure, people who put their own well-being and safety aside in favor of helping their fellow man are in a special class of their own. Perhaps the most interesting part of all is, these special people walk among us and never declare themselves as being anything other than our neighbors and friends. I find that mind boggling. They deserve to wear a uniform or a badge, something that identifies them. But no.

Raz Halili fits this category. Following Hurricane Harvey he didn’t hesitate a moment to enter the breach, rescuing people first on his jet-ski, then later taking an oyster boat down the coast to Post Arthur where he engaged in rescuing hundreds of stranded people.

Was he in danger? Yes, absolutely. He must have known it, he was undaunted. This is called courage, the hallmark of a hero. So, although a vision of himself as a hero is invisible to him, he is a hero, none-the-less. Many TV stations, radio stations, newspapers and magazines apparently agree with me because he became an overnight sensation on all sorts of media, not just locally or nationally, but globally including being on every station in Albania, homeland of his father, Johnny Halili. Indeed, one lady on social media pegged him as a “hottie” and that went viral.

Amazingly none of this attention has gone to his head. As Heir Apparent to the Prestige Oyster empire, his focus is on running the family business, which he does quite well. Lisa, his mother is extremely proud of him, calling him a “good son.” But it’s the way she says it. You can tell, she’s bursting with pride. And ladies, I hate to tell you this, but Raz Halili is taken, off the market, not available. He has a long-time girlfriend to whom he is very devoted, so that’s that!

The old axiom is; “All glory is fleeting.” But in this case, not the hero. He’s just the same guy he was the day before the storm hit, and will be tomorrow. P.S. Look for this particular hero to appear in the movie The Bay House as the waiter.