Which is the Best Trout Bait? Live Shrimp vs. Croaker 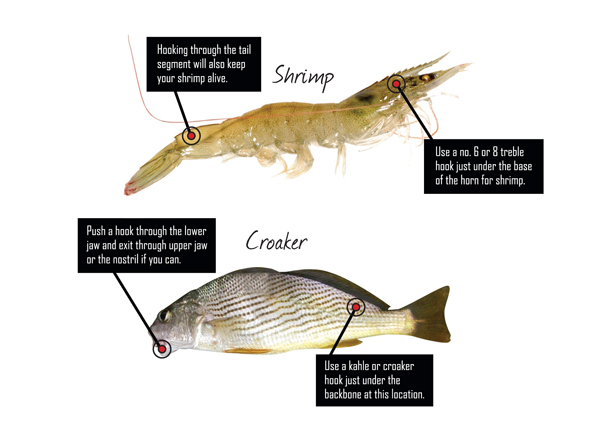 For years Galveston Bay anglers have debated the topic of whether live croaker or live shrimp is the best trout bait. Each side of the debate has experience on their side and neither seems willing to compromise.

So, let’s take a closer look at this topic and present some facts that will allow those not intimately involved in the debate to decide for themselves.

Many of you have experienced the same situation that I have in that, while out on the water fishing for speckled trout and the other two of the Saltwater Big 3, flounder and reds, we would be fishing near another boat that was taking trout right and left while nothing much was touching our live shrimp.

After all, live shrimp has been known to be at the top of the list for game fish for years and here we are anchored over a reef, around the jetties or other popular fishing spot and that boat next to us is hammering trout.  After careful observation we discover that the anglers have a little fish on their line and are casting and working it like bottom-bumping live shrimp.

The little fish on the end of the line is a small live croaker and for some reason the trout schooling in the area seem to find the bait irresistible. Our live shrimp are attracting a variety of fish including a few specks; however, the big girls, yellow-mouth sows are hitting croaker.

It wasn’t until about 20 or so years ago that anglers began using live croaker for bait around the Galveston Bay Complex and, since then, the bait has competed with shrimp for the livewell.

This brings us to why croakers have become such a popular bait and how live shrimp have held their own with the competition. 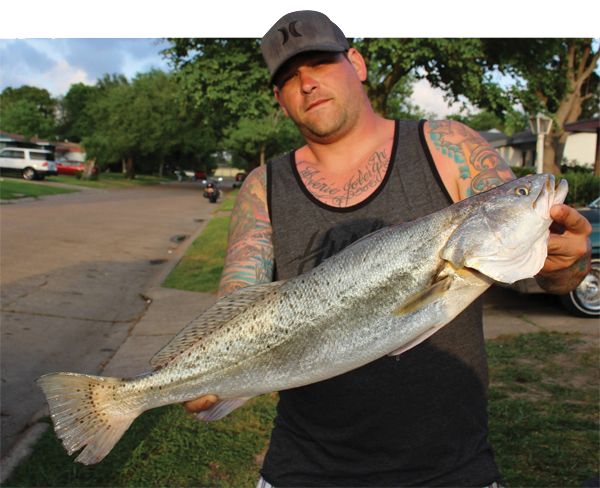 Croakers are the natural enemy of speckled trout, especially the large sows.

For starters, it wasn’t long ago that rumors circulated that the Texas Parks and Wildlife Department was going to propose outlawing the sale of live croaker for bait.  Two reasons were cited, the bait produced easy limits of specks and their popularity was pressuring the stocks of croakers in the bays. That rumor fueled interest in using small live croaker for bait.

While it is a debatable topic as to whether live bait catches more fish than artificials, it is something to consider that most successful fishing guides rarely leave the dock without it. The reason is that live bait tends to catch fish when artificials will not.  This tends to please their customers as well.

Speckled trout have an assortment of marine life in their diet; however, the age of the fish dictates its food preference.  Smaller specks tend to prefer shrimp while the larger fish choose bait fish. This is a general rule and an example to the contrary is during late spring when large trout along with other sizes concentrate on migrating shrimp.

Croakers are the natural enemy of speckled trout, especially the large sows.  During the spring spawning season, croaker will often feed on trout eggs and that does not sit well with mamma trout. The result is that sow trout will feed on croaker as a defense when the occasion rises.

Live shrimp on the other hand is debatably the most popular bait along the Texas Coast. Practically all fish have a taste for the lively crustacean and they generally are more widely available at bait camps.

Croakers are a hardier bait and can with stand more casts than live shrimp before rolling over.  Lesser numbers of croaker are wasted as a result.

What other factors should you look for when deciding on which bait to use? If possible, from late spring through fall take both along on your fishing trip. Just do not mix them in the same live well.

The warm months tend to be best for croaker while shrimp are a year-round choice for bait. Deeper waters vs shallow shorelines favor croaker.

If croakers are not available, try small pinfish (often called “piggies”) or fingerling mullet if finfish is your choice for bait.

It is hard to go wrong with either croaker or live shrimp, so the choice is yours.

The best photos will be published each issue.

« Women of the Bay
2014 Texas Swordfish Seminar a Huge Success »