Blueprint for the Great American Dream 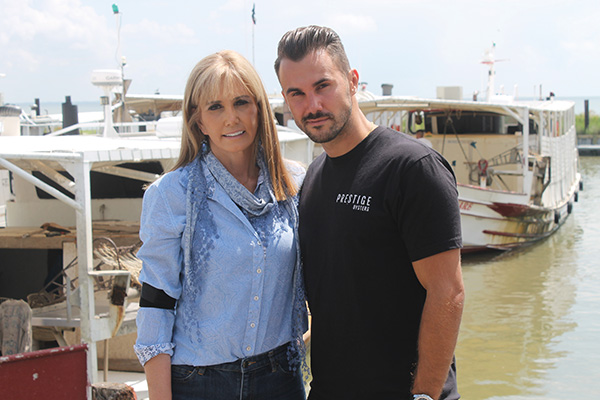 The story of Prestige Oysters 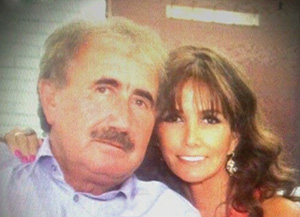 It is a love story,  and a story of the American dream. Johnny Halili, a little boy in Albania, never dreamed he would be an oyster mogul in the U.S. In the 1970s, coming from his home country to Chicago, he began his American work life in a car wash. Drifting from job to job, he heard from his cousin that there was work in Louisiana; so off he went.

Working on a boat for the first time, he was a deckhand and worked very hard for years. Eventually he bought his own oyster boat, the Lady Katherine, and that is when his successful American dream life began.

Prestige Oysters is a private family run business which continues with his best deckhand Lisa, who later became the love of his life and his wife. Working through all kinds of weather, they never gave up their dreams. The couple are now joined by their son Raz in this family owned and run business. The company has two full-time processing plants providing market for over 100 boats from Texas to Louisiana and Maryland.

The family was able to increase their business with the acquisition of the Quintus 350L high-pressure processing machine and CryoQuick tunnel to process oysters. In 2013, the company acquired Joey’s Oyster Company’s state of the art facility with HPP technology in Amite, Louisiana.

Raz Halili took to the flooded streets after Harvey to rescue people and animals alike. He has gained national attention after one of his rescue photos went viral. He has been affectionally dubbed ‘Rescue Bae.’

“HPP is one of the most clean and advanced food processing technologies. It is the size of a small room,” said Raz. “It does 1,200 oysters at a time in high pressure. We buy from other people, and we have our own boats. We also buy from independent contractors from South Texas up to Maryland. Oysters are a very popular appetizer. They are a delicacy – a romance between ocean and man ”

The High-Pressure process is a food processing method using water and elevated pressures to achieve consumer desired goals.  In 1990s, HPP emerged as a method of processing food, but not until the 21st century was it applied to seafood.

The advancements in HPP technology over recent decades have proved this method of food processing is of the highest quality. From fresh juice to meats and seafood, HPP neutralizes listeria, salmonella, E. coli and other deadly bacteria. Their Treasure Band oysters have undergone our High Pressure Process which reduces the Vibrio Vulnificus and Vibrio Paraheamolyticus to non-detectable levels.

The idea for the purchase of the multi million dollar machine was that of the father, according to Raz.

“He really saw the value in it, and so we bought one, and it has been a great asset for us.”

According to his mother Lisa, Raz took the business to a new level, when he approached the giant Sysco Foods.

“He was just this kid with an idea, and he made it happen,” said the proud mom. “We would have never even thought of it, but after college he came on the sales side of the business and this was his venture, and he took a chance and did it for us. It made all the difference. We are very proud of him. We were just simple wholesalers, and he took us to a whole new level.

Like his father before him, the son now 31, had a vision of where he wanted to take the company.  After pitching the idea to the seafood director at the time, he felt confident this was a program with a story behind it that could sell.

“We were able to supply a year-round supply of oysters at a competitive price, and we are the first ones to have a corporate level oyster program at Sysco,” said Raz. “It was a multimillion dollar investment, but we always want to change, grow and push our company to greater highest.”

Although the idea and the execution was the son’s idea, he says he learned so much from his father, from whom he got his work ethic.

“He taught me the meaning of hard work and dedication, always preaching to never take anything for granted, to help others and stay loyal to the ones who have helped you along the way. My family and I have a great appreciation of living in a free country, where you can fulfill your wildest dreams. Enjoy working hard and it will pay off.” 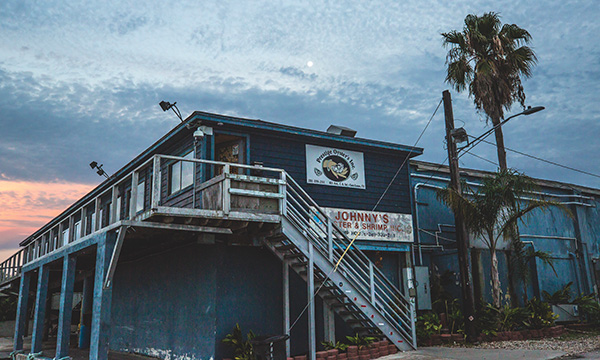