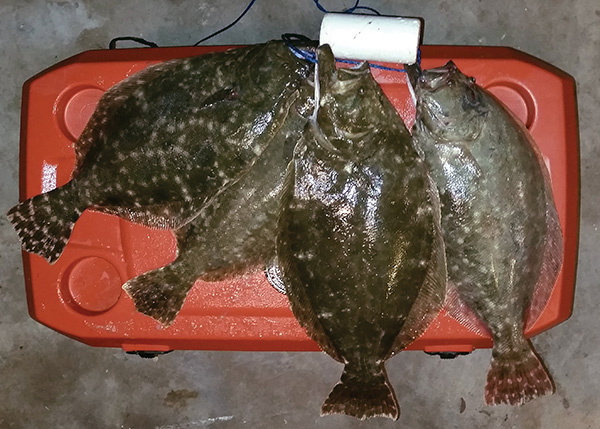 Judging by this Spring, it appears we may have a banner year for flounder on our hands. I made multiple flounder gigging outings in March and April to Galveston’s West Bay and found more, and larger flounder than I have in the past five years. I believe this is thanks to the recent regulations enacted during November and December when these fish are most vulnerable. There were plenty big beds spotted and several fish found their way to my stringer. Find and gig the flatfish with these tips:

Traditional wisdom says to gig right after a low tide but I often find a lot of fish during the outgoing tide, a few hours before its lowest point. Flounder move to the flats to intercept bait pushed from shorelines and drains. Fish gigged during this time were full of newly hatched shad. Be warned though, visibility can be trickier if the outgoing tide is particularly strong. It can be very hard to see beneath the moving water if you use a lantern as your light source, which brings me to my next point.

Work toward building a submersible LED light out of PVC. Ripples on the bay’s surface will not disturb your visibility as badly compared to a lantern. You can purchase a pre-made gigging light but the web is full of plans and ideas for building your own. This 2cool thread in particular has some great information.

These light builds aren’t difficult and can be completed with a soldering iron, silicone sealant, light source, battery, PVC cement, PVC saw and of course, PVC. Lexan is required as a lens if you are waterproofing an LED module but there are several waterproof IP68 options out there like the 20 watt Eclipse from Oznium.com or this 2″ marine spotlight from Superbrightleds.com. Many connect their lights to an exterior 12v battery worn in a backpack or fanny pack but I prefer to connect to a rechargeable battery pack housed within the PVC. 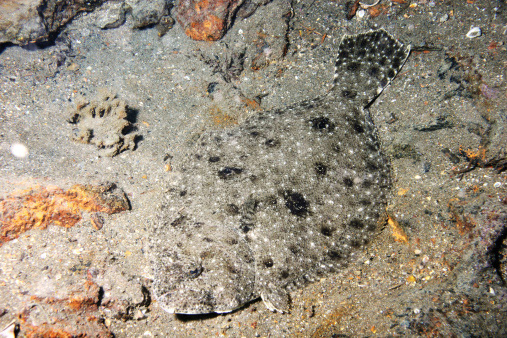 The south shoreline of Galveston’s West Bay has miles of suitable gigging territory. You’ll find flounder in a variety of different habitats and at different depths. I’ve gigged flounder in just inches of water, as well as knee-deep water. Pay attention when you come near a shell point. Flounder will hug close to the sides and backs of these. The shorelines along or outside a marsh drain are also great. Flounder stack up in these areas to feed on bait escaping the flow of the outgoing tide. Sandy flats between shell pads and reefs are also worth searching. Marshy areas near grass are also productive but can be tougher to navigate on foot due to soft mud bottoms. Be ready if you spot abundant baitfish, beds or even undersized flounder as there could be legal flounder close by.

Remember, the minimum length for flounder in Texas is 14 inches with a bag limit of five fish. It’s best to leave a flounder alone if it looks too close to this length. Better safe than sorry. 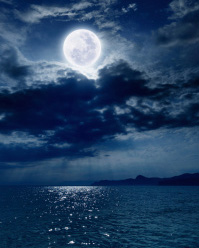 Don’t Be Afraid of the Moon

Many hesitate to gig under a full moon but don’t let that discourage you. I gigged four fish, up to 20 inches, in an hour’s time one night during April’s full moon. Wind speed (a light SE for West Bay) and tide should be the most important factors in selecting a night to gig. Use this link to check the tides in Texas, this link to see the marine forecast for the upper coast and this link to see current wind speed on Galveston Island.

I gigged two good sized flounder this Spring laying directly on shell pads. This isn’t the first time I’ve seen this and it probably won’t be the last. In fact, I once missed a personal best fish by hurrying past a heavy shell area while walking the flats. By the time I realized I was looking at a 24+ inch fish she was spooked off by my less-than-stealthy approach. Keep an eye out for this and push that gig down hard.