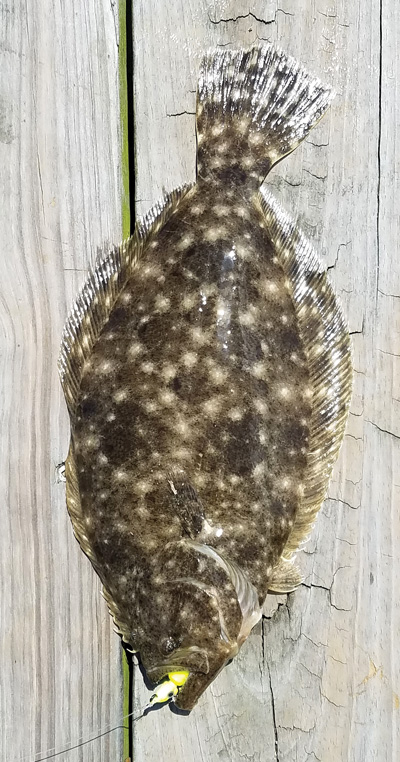 The flounder run is coming!

Years ago by November, fall fishing patterns would be well under way and the annual flounder and golden croaker migrations in full swing.  This is not the case now and anglers have moved the time table ahead as a result.

While growing up around the Galveston Bay Complex, saltwater anglers looked to Columbus Day in early October as the time when they could count on the onset of fall fishing patterns.  For a number of years now, fall weather patterns have not set in until much later, usually close to November.

Fall fishing patterns are triggered by the water temperature in the bays and it is not until the readings fall below 70 degrees that we can count on much in the way of autumn fishing.

Sunlight or presenting it a different way, shorter periods of daylight, also influence fish to move into their fall feeding style.  Fortunately, while weather patterns may change, periods of daylight do not, so that is one constant we can count on in the equation.

An example of how our weather pattern has changed comes with the special flounder regulations that were set by the Texas Parks and Wildlife Department to protect flounder from over harvesting during their fall migration or as anglers call it the Fall Flounder Run.

The dates for the special regulations that cut the bag limit to two per day and outlawed flounder gigging were Nov. 1 through 30. Those dates were chosen because historically the flounder run was in its peak during November and by December 1, nearly over.

Quickly TPWD observed that the flounder migration lasted well into December and amended the rules to add the first two weeks of that month.

Mentioned earlier was the fact that Columbus Day was looked to as the kick-off of the fall fishing season and now that has changed.  If I were to choose a holiday that better represents the time when fall fishing is in full swing, it would be Veteran’s Day on Nov. 11.

Now, with that background, what is the outlook for this year’s fall fishing?

Let’s take a look at speckled trout first.  The record floods of late August and early September likely will continue to affect speckled trout fishing through at least the early part of November.  Trinity Bay and the upper reaches of Galveston Bay continue to have enormous amounts of fresh water pouring into them. Until that stops and salinity levels improve, don’t look for the prolific fall trout action for which those areas are famous.

On the other hand, East and West Bays should be hot spots once the water temperature cooperates.  Hordes of specks migrated out of the lower salinity areas to locations closer to the Gulf of Mexico and likely will remain until the “All Clear” signal is given to migrate north.

The fall flounder run is shaping up to be a good one this year, as a good crop of quality flat fish is in the bays and, once a few genuine cold fronts pass through, look for the passes to the Gulf to be wall to wall with both flounder and fishermen.

Redfish action has been outstanding all during this fall season.  Reds of all sizes have been caught in good numbers in the lower bays and surf.  Look for that to continue, as reds are not nearly as sensitive to salinity levels as other fish.  Once the water cools, look for the back bays and marshes to turn on.

The annual golden croaker run, which usually occurs about the time of the flounder run, has been a big disappointment in recent years.  During November large golden croaker known as bull croaker make their run to the Gulf of Mexico for spawning and are easy prey for anglers fishing near the passes into the Gulf.

While there has been some good action during the run, it has not measured up to that of 20 years ago and beyond.

In summary, it is going to take a couple of things to really trigger some hot fall fishing and those are getting the water temperature down into the 60s and eliminating the heavy flows of fresh water into the bays.

Once the water temperature drops look out!  The action will be hot and heavy.