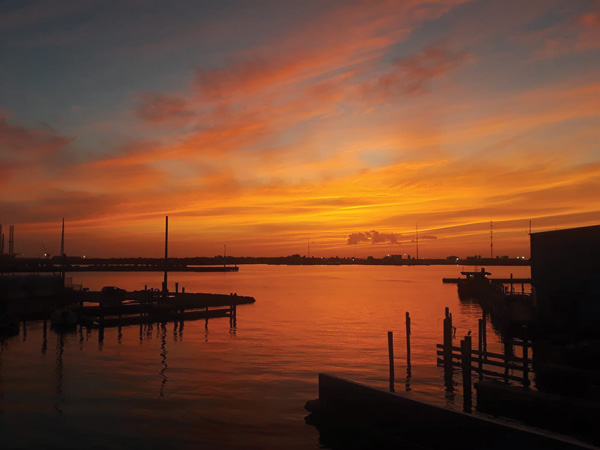 Enjoy a great view of the water from Marina Bar & Grill located at the Galveston Yacht Basin.

A new haven for fishermen and boaters has come to Galveston Island. Marina Bar and Grill opened just over a year ago on the Galveston yacht basin, and is an ideal spot to relax for anyone out on the water for the day or for folks looking for a bite or a beer in a calm, friendly atmosphere. Owner, Paul Murdoch, says they do see the sailors and anglers often.

“They love it here” said Paul Murdoch, “they can come in from fishing and they don’t have to leave the basin to get something to eat and have a beer” 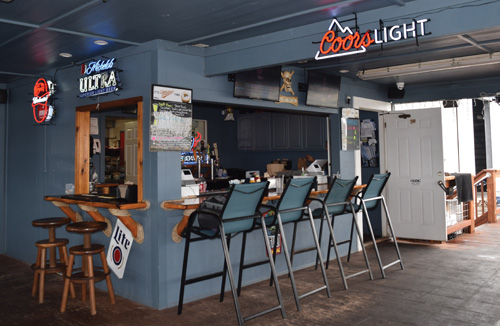 Enjoy an ice cold beer after a hot day out on the water. Photo by Xander Thomas.

Opened in mid-2017 by husband and wife duo, Michele and Paul Murdoch, Marina Bar and Grill is a small, outdoor place where people can look out on the water, have a few drinks and watch the yachts or listen to the birds.

The menu is comprised of mostly hearty foods, like burgers, fish n’ chips, po-boys, chili and pastas, and includes some appetizers for less hungry guests, too, but most of these are heavy snacks as well. For those up a little earlier in the day, there is a breakfast menu also made up mostly of foods meant to stick with you through a busy morning.

He did inspire them to bring in an authentic version of fish n’ chips from Scotland. Although he says it is spicier than what you will find across the pond.

Paul says that there wasn’t really a reason why they chose the yacht basin specifically; or even Galveston; except that it’s where they live. He says the location was chosen just because the property was up for lease when they were ready to open their restaurant. Of course, the beautiful view of the water didn’t hurt their decision.

“We just fell in love with it” he said, “and the chance came to open up this place, we just took the chance.”

Interestingly, Paul was not even much of a cook himself to begin with, but Michele says he turned out to be a great chef! He just thought it was an interesting idea to open a restaurant. Michele, however, came up with some of the recipes that they used for the menu, like the fried brussels sprouts and the crab and jalapeno hushpuppies.

It isn’t to say that Paul has no credit in the menu; he did inspire them to bring in an authentic version of fish n’ chips from Scotland. Although he says it is spicier than what you will find across the pond.

“The only people not turned on by it are people from the UK” he said with a laugh, “it’s too spicy for them!”

He did it this way because, as he says, Texans love their spicy foods, nothing bland for us here!

So what is it on the menu that Paul recommends?

“Everything’s really good” he said with confidence. “There isn’t anything that doesn’t sell”

But if he must give a recommendation, he says that you can’t go wrong with the fish n’ chips, or for the smaller appetites, go for the hushpuppies or gator bites.

Aside from good food, he also promises a quick meal if you don’t have the time to wait.

“Not everybody wants to come and sit and take an hour for lunch” he said, “it’s not fast food, but it’s quick food.”

Along with a great meal with a nice view, though, a major draw of this spot is the calm and quiet. Since they are not on the “tourist trap travel” as he calls it, the patrons here enjoy a break from the hustle and bustle that can be other parts of the island. 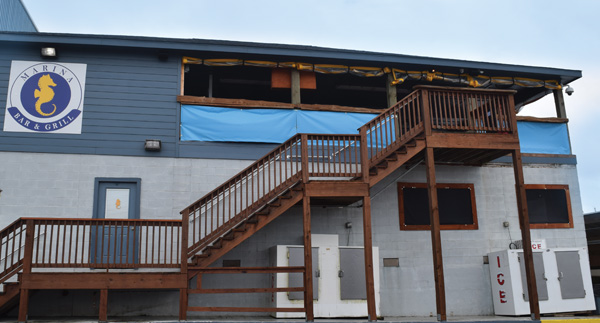