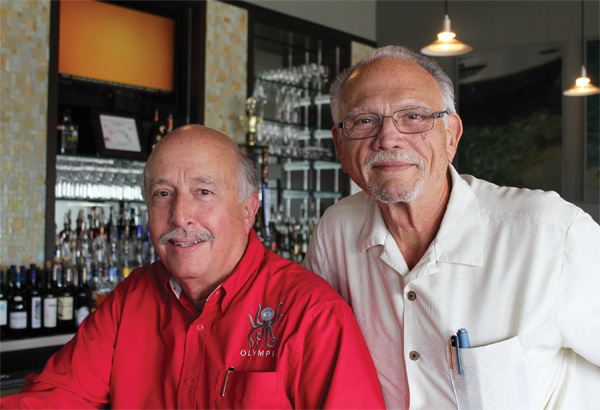 The Kriticos brothers, known for superb Greek and seafood in Galveston, will open Olympia Grill’s League City location at the end of September.

Doctors are now writing some patients prescriptions to eat at Olympia Grill.

Yes, according to Larry and Tikie Kriticos, they have seen this happen. “We’ve actually had doctors take a prescription pad and write ‘you need to eat at Olympia,’” Larry said. They say that because of the restaurant’s focus on healthy cooking.

“We try to, beside make them happy, cook a healthy dish for them,” Tikie said. “Our restaurants are low salt, we only use two oils, olive oil and canola, and there’s no trans fats in our cooking.”

They have always paid attention to health when it comes to their food. They don’t use preservatives in their fish and shrimp, and they only buy wild-caught.  How fresh exactly is the seafood, you ask? “When he came in the door, he was looking around,” Larry likes to tell customers about the fish.

The Kriticos brothers have been working in restaurants all of their lives, beginning when they were very young and helping out in their families’ eateries.  Larry says their father and uncle have always had nice restaurants in Galveston, and that’s “what we grew up in.” But they don’t completely follow their example.

Tikie says that at very young ages, he remembers unwrapping gifts Christmas morning, eating breakfast, and his father having him get ready to go to work.  So to give their employees time to be with their families, he says, since they worked so many holidays, they close Thanksgiving and Christmas.

The first Olympia Grill was opened in 2004 on the Seawall, and about five years later was followed by the location on Pier 21.  Now, finally, in 2018 we are getting a location on the Mainland, but the Kriticos brothers say this hasn’t been an easy task. 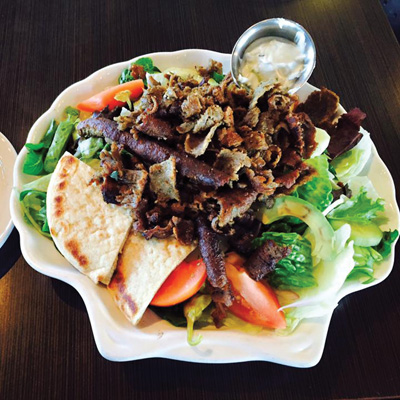 Tikie says that the “official” opening of the newest location has already come and gone multiple times, but that they are now looking forward to the end of September.

The important question is…  What will be the incentive to get people into that door?  Tikie says the happy hour specials will do just that.

“During happy hour only, it’s not on our menu, but Greek nachos,” Tikie said enticingly “with corn chips and gyro meat and tzatziki sauce and cheeses.”

What makes the food appealing is the pair of restaurants’ multitude of awards.  For two years in a row, in 2014 and 2015, Olympia won Restaurant of the Year.  In 2013, it was honored for the highest quality seafood in the U.S., out of 35,000 restaurants.

If you miss happy hour, don’t worry, there are plenty of items on the regular menu the brothers feel confident will not disappoint.

“Baked stuffed shrimp with a butter wine sauce,” Tikie says is one of their top best selling items, “being Greek, our hummus is the No. 1 app.”

He also says the flaming cheese is “exciting” because it “comes to your table on fire.”

Although born on the Island, their family is straight from Greece.  They speak Greek, they cook Greek, and they were more than happy to settle the age-old question.  It’s pronounced Yeer-oh, but Tikie says if you’re American you can say Jy-roh.

Olympia Grill’s newest restaurant is located at 2535 I-45 South in League City. For more information, email OlympiaLC@olympiagrill.com or visit OlympiaGrill.com