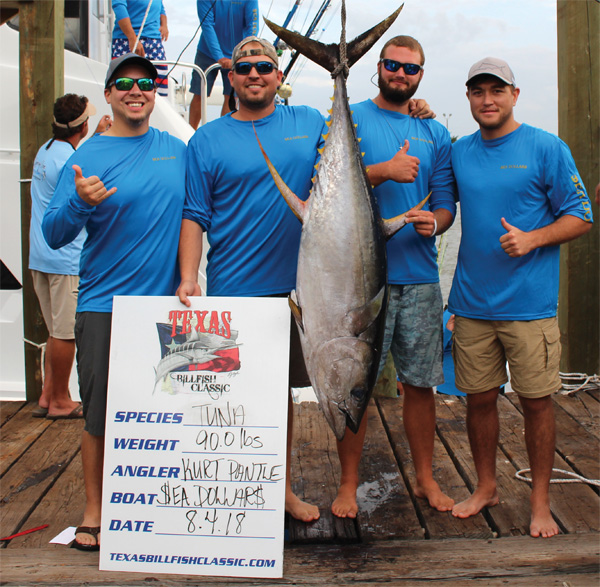 It was Wednesday night and the Texas Billfish Classic’s Kick Off Party was in full swing. It was good times, great food, cold drinks and plenty of early entry giveaways from Costa Del Mar, YETI and more. Tournament director Jasen Gast and company put on one hell of an event.

As the party was winding down, for some of us, my wife Meagan and I said our goodbyes. We headed to the truck and I spotted an old friend I’ve fished with many times over the years.

Capt. Mark Yamaguchi and I shook hands and instead of a hello/goodbye I got an invitation.

“Hey man, we need you. We’re short and need someone who can fish tuna.”

For someone who is, uh, not much of a morning person, tuna fishing until sunrise is one of my favorites. After a thumbs up from my better half, it was game on and I rushed home to prep my gear. 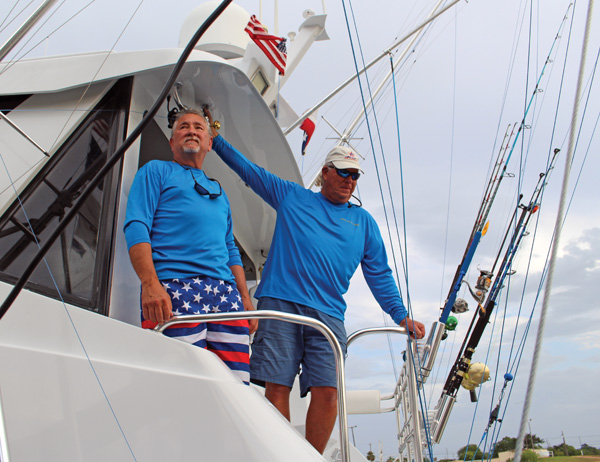 The next morning I met the crew and we headed out from Freeport. Jack Beal, owner of $EA DOLLAR$, runs a tight ship with a solid crew. First mate Adam was the youngest of us but already boasts years of experience in multiple fisheries. I also met trolling experts Fred, who has fished with Jack for over 25 years, and Gary who has over 30 years experience in various countries. On night crew with Mark and I, was Matt and Kurt who brought in first place tuna during last year’s tournament.

The first night of fishing started out promising. We had cooperative seas, bait in our lights, a few fish early on poppers and easy jigging for blackfin. But our optimism faded as the hours dragged on and the sun began to rise. We busted our asses all night with no yellowfin tuna to show for it.

On Friday, conditions grew worse. The seas tumbled higher and rain pelted the boat. No matter; the sun set again and the night crew went back to work. But our luck started to change, as the air grew thick with flying fish. We netted well over a dozen flyers and sent them back out wearing circle hook jewelry. But drift after drift, we came up empty. Around 2 a.m., Mark made the call.

“Alright bring them in and lets make another drift.”

Those were the magic words. Kurt’s reel started screaming and it was fish on! The line continued to quickly peel away as Matt and I strapped him into the harness.

We knew this was a good fish but we didn’t realize how tough this one would be. A battle of wills began. Kurt gained yards and yards of line only to have the fish to strip it all away in an instant. This tug of war went on at least a dozen times before we finally saw color. Twenty minutes into the fight we were greeted with a tail, instead of the big head and open beak of a yellowfin tuna.

The tuna must have heard him and sped back down to the deep, taking advantage by kicking that big tail, as we were unable to turn her head.

Thanks to the teamwork of the whole crew, Kurt’s unwillingness to give up and some attentive driving from Mark, we finally got the fish back to the boat. This time the line came free of her tail and the familiar circling of a doomed tuna began. We were ready.

Adam was quick with the gaff and close to 100 pounds of fresh sashimi hit the deck. It took 45 minutes of grit and hard work but she was finally in the boat. It was high fives all around!

The circle hook was stuck delicately in the corner of the mouth and came free too easily for comfort. We quickly put the tuna on ice and went back to work. Again, we drifted, jigged and popped until sunrise but that was it; one and done. Aside from a few badass blackfin, we only caught one yellowfin tuna, but it was the quality fish we were looking for.

On Saturday, $EA DOLLAR$ roared back into Freeport with a big tuna and a wahoo for the scales. I snapped a couple shots of Draggin’ Up weighing their big blue marlin from the water and then it was our turn. The tail rope was secured, the tuna was hoisted up and we held our breath waiting for the numbers. 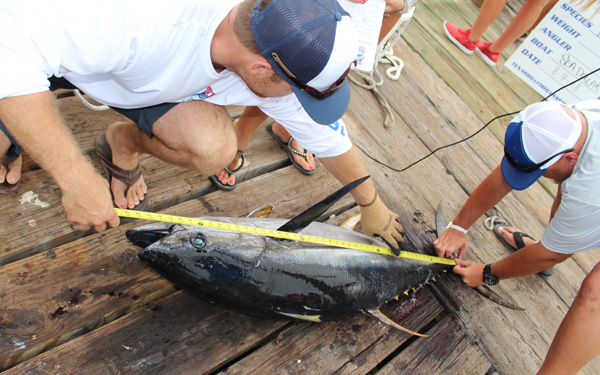 TBC staff measures the tuna before weighing it.

We had one fat tuna but it was just shy of the first place weight of 93 lbs. We took our pictures, got back on the boat, cleaned up, and made ourselves halfway presentable for the awards dinner where we were presented 2nd place tuna trophy. 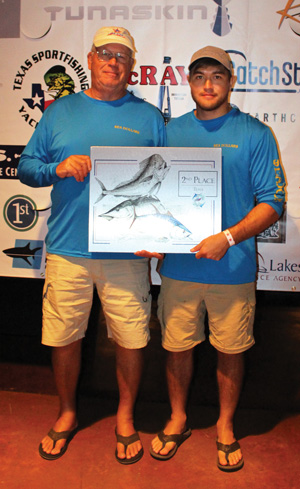 It was another killer event with good food and plenty of drinks for famished, thirsty crews. Draggin’ Up came in first with their big blue marlin and were named tournament champions. The first ever Billfish Classic Cup was awarded to Bimini Babe. The night ended with TBC’s Jasen Gast and the Freedom Alliance’s Pepper Ailor presenting a donated all-terrain wheelchair to veteran Jacob De La Garza, who lost his leg in Afghanistan.

Another one was in the books with many good fish weighed and several billfish released. Jack Beal’s $EA DOLLAR$ continued a tradition of bringing big tuna to the scales. I would look for it to happen again next year.