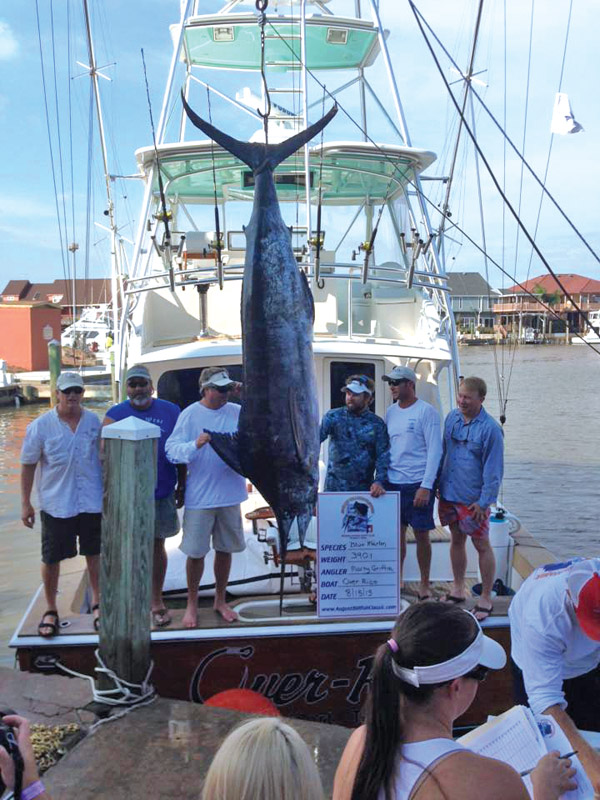 The August Billfish Classic is back after 15 years. I had a chance to sit down with Howard Andrews, the new owner of Bridge Harbor Yacht Club and Marina in Freeport, before Wednesday’s kickoff party.

“I remember as a young boy going to watch the weigh-in of the ‘ABC’ tournament,” Andrews said. “It was an important element in my decision to purchase BHYC. This tournament has a historic value to the people of Freeport and the Billfish tournament community. At one time, it was one of the most notable Texas bluewater billfish tournaments on the Gulf Coast.”

The August Billfish Classic started in 1986 and ran until 2005 when the previous owner of BHYC decided to stop all fishing tournaments. Andrews purchased BHYC in November of 2013 and immediately began major renovations with the intention of bringing back two major billfish tournaments to the yacht club; the August Billfish Classic and the Joe Hall Memorial Tournament.

ABC, with its rich heritage, promotes the release of blue and white Marlin, as well as sailfish. Like other notable billfish tournaments, there is a very lucrative payout format in the categories of billfish, tuna, wahoo and dolphin.

Jasen Gast, tournament director, along with BHYC owner Howard Andrews and Harbormaster Mingo Marquez worked together coordinating most of this year’s tournament details. What an impressive comeback after 15 years with 21 boats registered and a respectable side bet pot total!

Boats began arriving at Bridge Harbor as early as Sunday, Aug. 9. The kickoff party was Wednesday, Aug. 12, followed by a Thursday departure from any port at 2 p.m. All boats had to return to Bridge Harbor Yacht Club to weigh fish and turn in video release verifications to receive tournament points. Also all boats had to be within the Freeport jetties and be verified by Tournament Control by 6 p.m. on Saturday, Aug. 15.

The weigh-in on Friday and Saturday was open to the general public but tournament functions access was restricted to tournament participants only and their guests.

Like other notable Gulf Coast billfish tournaments, IGFA saltwater angling and tackle rules applied with the exception that an angler may receive assistance getting the rod to the chair or harness.

On the first day of fishing, Buck N Bills reported a release of a blue marlin at 2:24 p.m. Then, later in the eveing, the 52’ Viking, Leveled Out (Owner Ed Williams, Capt. Dennis Tuttle) arrived at the scales at 7:30 p.m. with a 395.4 big blue marlin! Team Over Ride reported the release of two blues and had boated a 109” blue marlin! Team Easy Rider also called in a Blue Marlin release at 7:35 p.m.

Next day, the action continued with Team Relentless releasing a white marlin at 8:23 a.m. Solid fish were brought in all weekend. Team Over Ride weighed a 390.1 pound blue marlin and Team REHAB came in with a monster 169.1 pound yellowfin tuna! Congratulations to all the winners and welcome back ABC! 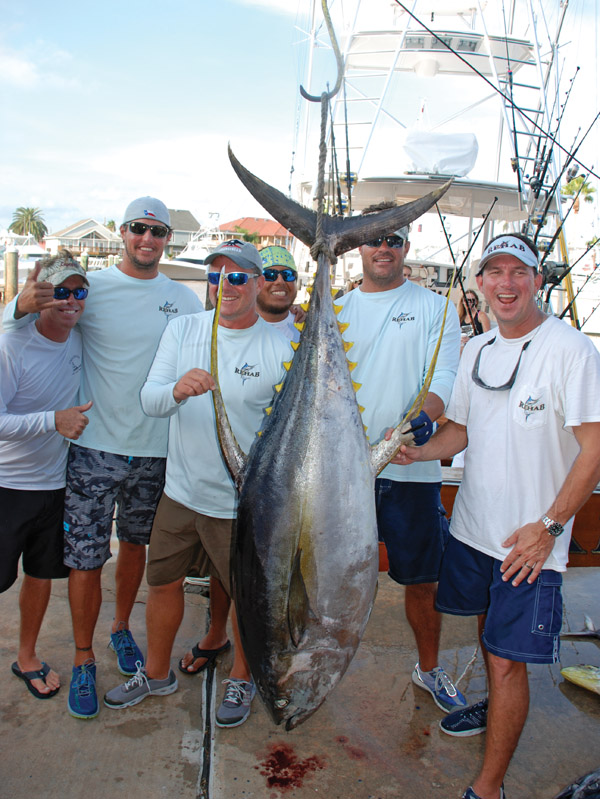 REHAB does it again! The fishing team scores first place tuna with a 169.1 pound fish.