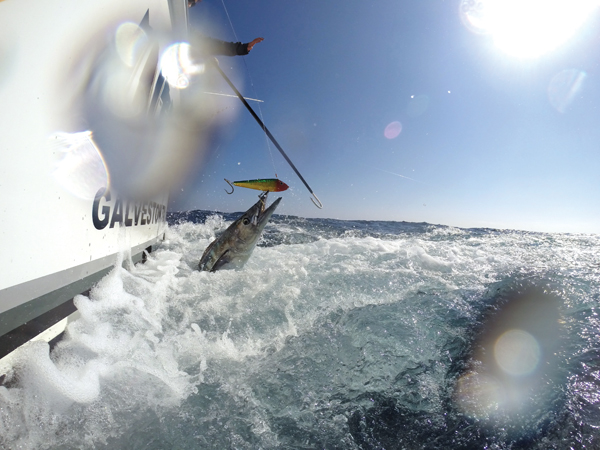 A winter wahoo, one of the fastest fish in the sea, about to come to a complete stop. 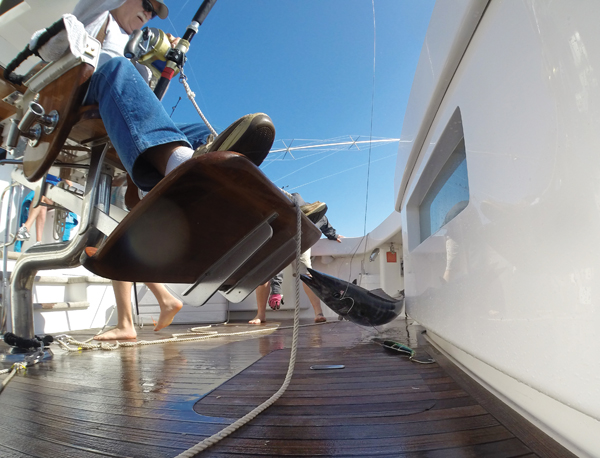 The battle comes to an end. Ron McDowell watches his wahoo hit the deck. 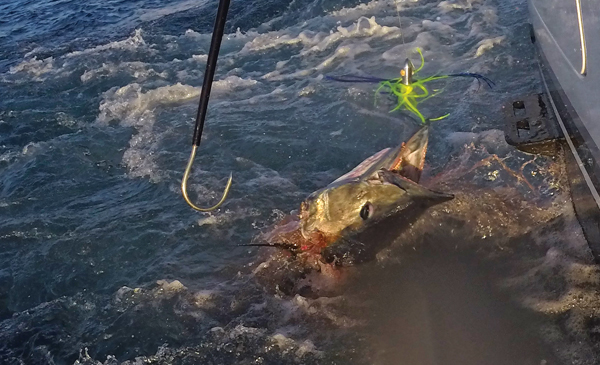 A wahoo bares its teeth as the gaff moves into position. Skirted ballyhoo was a productive bait on this trip. 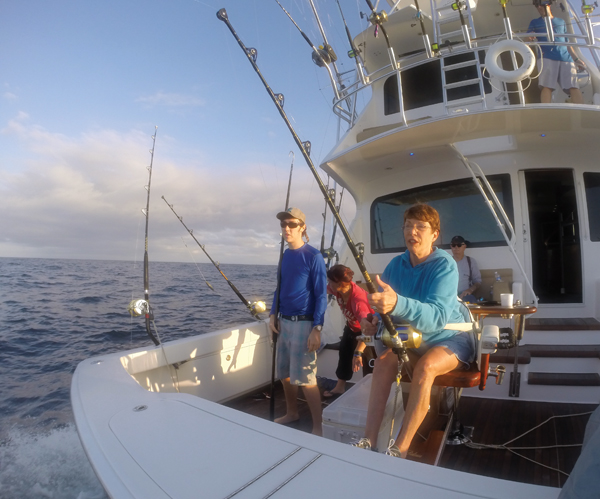 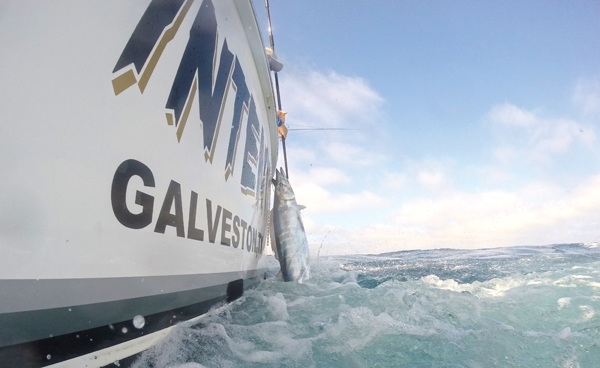 A hefty wahoo ascends into the boat. This fish bit a dark colored Braid Marauder.