Autumn, or Fall Fishing, as we more frequently call it, is one of the best times of the year to fish the Galveston Bay Complex, especially for flounder.

In recent years, we have discussed the changing scene of fall fishing, noting how the timing has been altered.  We likely all agree that we have seen a delay before the action gets underway; however, we have not discussed how flounder fishing has changed as a result.

Hopefully some pointers will help increase your harvests of this popular fall flatfish.

Fifty years ago, the first cold front of the season usually arrived in mid-September.  Following it, fish would start changing their patterns, as an awareness took place that winter was not far behind.

By October, the water temperature in the bays had dropped and that, combined with the shorter periods of sunlight, gave way to the action.  Flounder were noticeably more active and were beginning to make their way toward the passes and outlets into the Gulf of Mexico. 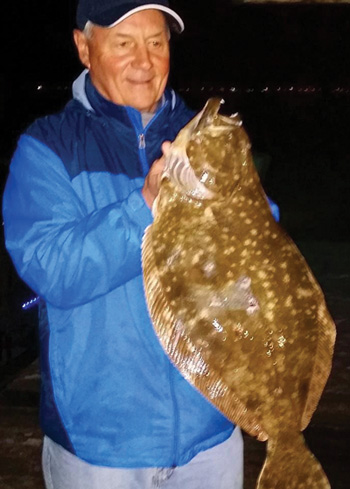 At some point between Thanksgiving and mid-December the sows are on their way and that is time for trophy flounder catches.

Today, much has changed due to the delay in the arrival of cooler temperatures. During the era we have been discussing, the water temperatures were below 70 degrees by mid-October and the first freeze of the year, albeit a light one, usually took place by late October.

The fall flounder run was well underway in October and old-timers looked at the peak of the annual run as taking place between the Full Moons of October and November.  Now that same group looks to the same lunar phase between November and December.

A good example of how this delay has been recognized was when the Texas Parks and Wildlife Department imposed special flounder regulations during November, as that was the month when the annual migration reached its peak and started winding down.

Not long ago the TPWD extended the November bag limit of  two fish per person to mid-December.  When the regulation was enacted all signs pointed to November as the time for the peak and the winding down.  Now, it is well into December before the migration shows signs of running its course.

Today, the flounder run has its peaks and valleys; however, one thing that anglers are noticing is that many of the flatfish do not make the migration and remain in the bays.

The reason for this is that due to the warmer than normal conditions, bait still hangs around and with it a certain number of flounder.

During the run, there will be a few major cold fronts that empty the marshes and back bays.  When this occurs, flounder will head to deeper waters and many take the signal to move on to the Gulf.

In recent years, the after effects of the fronts do not last long and many of the fish, including bait, will head back to the marshes and back bays.  Savvy anglers have observed this and take advantage of the situation. 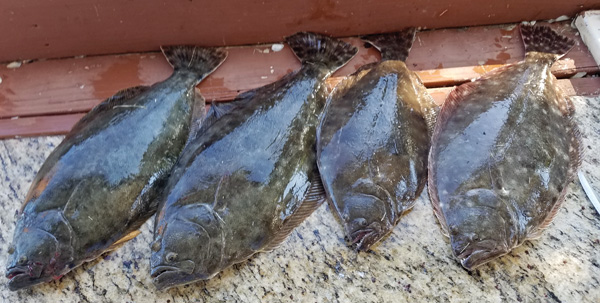 Flounder catches will increase as we get closer to the end of the year.

By mid-December, the majority of flounder is on its way to the Gulf or has arrived there.  Still a few stragglers will remain.

Prior to 2010 I had never caught a flounder during January or February.  In January that year a friend and I were drifting for trout in West Bay tossing soft plastics when I landed a 16-inch flounder.  What a surprise it was.

Today, successful anglers plan their trips and hit the water just before a “Blue Norther” hits or several days afterwards. Toward the end of the run, the big sows finally start their journey and that is usually after a series of major cold fronts empties the marshes and drops the water temperatures into the upper 40s.

It usually takes several of these “Blue Northers” to encourage the majority of the flounder to head to the Gulf.

At some point between Thanksgiving and mid-December the sows are on their way and that is time for trophy flounder catches.

While live shrimp, mud minnows and fingerling mullet are three of the top natural baits for flounder when the big girls are moving, live mullet up to six inches in length is the resounding preference.

Berkley Gulps, Flounder Pounders, Chicken Boys and a variety of other soft plastics also work well and give the natural baits serious competition.