Gulf Bluefin Tuna: From Panama to the Gulf with Patron 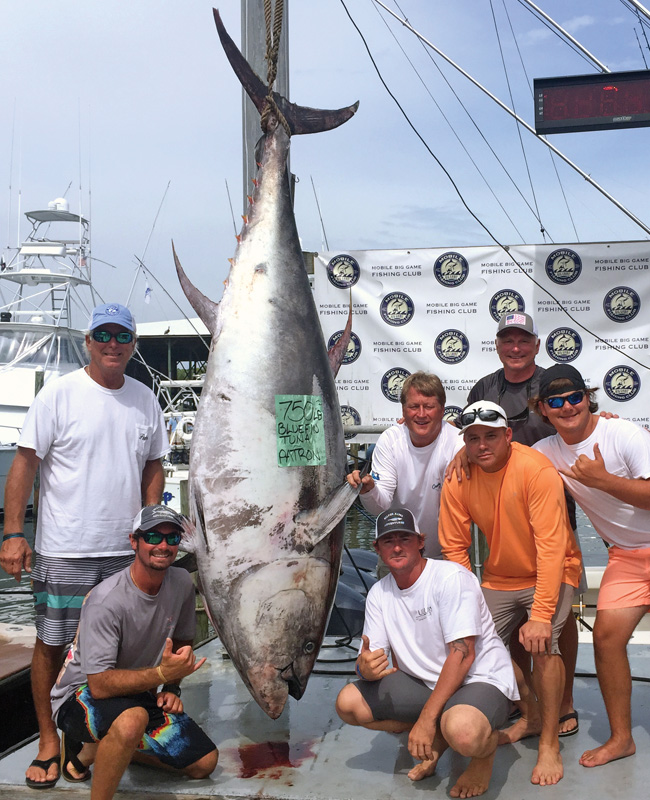 Patron’s owner Tom Shumate brought in this massive 750 pound bluefin tuna during the MBGFC’s Memorial Day Tournament. He is pictured holding the pectoral fin with his crew and Capt. Darrell Weigelt, standing left of the fish. 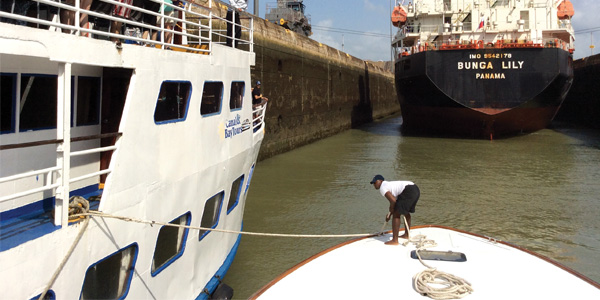 Patron makes its way through the Panama Canal.

Captain Darrell Weigelt of the Patron on his voyage from Costa Rica to Orange Beach, Alabama. 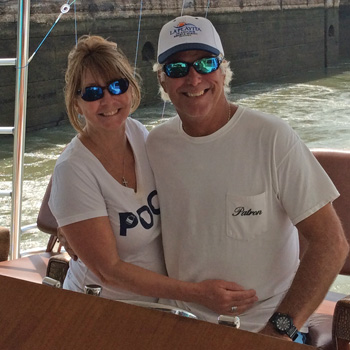 Tell us about the vessel you took through the Canal.

Patron is a custom built 65’ Ebony sportfishing boat designed by Australian designer Frank Woodnutt, and was built in Indonesia in 2005.

How long does it take to go through the Canal?

The time it takes varies with the speed of vessels making transit. Our passage through Canal started at 8:00 a.m. and ended at 4:00 p.m. That is considered a fast passage. It requires about 10 hours for an average ship to transit the Canal. Minimum speed to transit is four knots. Sailboats may not transit under sail. All vessels must transit with motor propulsion. Normally for sailboats or slow vessels the transit will take 2 days. These vessels are allowed to anchor for the night in Gamboa or Gatun Lake Anchorage.

Is there a fee required?

When did the new locks open and how will this impact the Port of Houston?

The new canal locks were opened last year and are used only by the largest ships. The increased volume of ship traffic is a good thing for the port of Houston because of the large amount of ships that transit and continue on to Port of Houston.