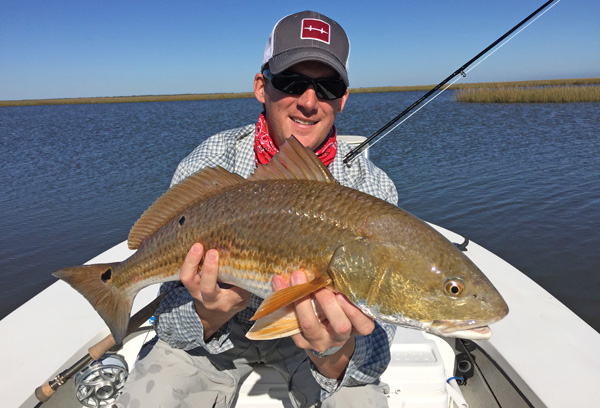 It isn’t always a question of right or wrong. Sometimes it becomes more a matter of better or worse. Everyone has their own idea of how to approach each fishing situation, some well thought out, others are much more haphazard. The “approach,” the level of stealth, and knowledge of the area you are fishing can have a huge impact on success or failure when it comes to catching fish.

As anglers, most of us start each day with some form of a plan on what we want to catch and where we plan to try to catch it. With experience, these plans get better and more detailed. The bottom line is that we all benefit from having a goal in mind to accomplish each day on the water. If we give more thought to what that goal is, and how we might be able to tilt the scales in our favor when it comes to achieving that goal, we all stand to catch more fish, or at the very least, gain more knowledge that will lead to more fish in the future.

I feel certain that most experienced anglers have a plan of attack for each day that they fish. A location picked based on experience, knowledge of an area, or information about an area. Novices, or anglers newer to an area, the plan is likely not so well thought out.  This isn’t to say that a novice angler can’t or won’t catch as many fish, just that they don’t possess that level of experience to know exactly where to go or when to go to certain areas.

Take your time, use stealth when arriving and working the area you intend to fish.

As many times as I’ve talked about structure over there years, I realize that there is still a lot of confusion surrounding the topic. Structure goes well beyond just what we can see above the water; sometimes its obvious and sometimes its very subtle. Some of the many things that I consider structure can often be hard to detect. There is obvious structure like shorelines, reefs, rocks but sometimes the little things like grass, guts, humps and very subtle depressions are the keys to finding fish holding points and movement pathways. Finding these in shallow clear water is much easier than in open water. Wading and having actual contact with the bay floor can be a big help, and for those fishing deeper waters from a boat, learning to read a depth machine can be crucial.

Something interesting to remember, is that it isn’t just the contours of the bay floor, but also what’s on the bay floor that will impact when and where fish will be. Mud, grass, shell, clay, sand and many other things determine what type of prey will be in an area during different seasons and their predators.

Don’t just show up to an area and rush through it. So often I watch people on the water rush into an area, only to turn around and leave 15 minutes later. There is very little that can be gained in this approach. Unfortunately, in most cases the fish aren’t just waiting for us to arrive and throw things at them. In fact, most of the time we scare fish as we arrive and often shut down feeding behavior with our rapid and noisy arrival. This will spook fish in an area, slowing or stopping the bite temporarily.

Take your time, use stealth when arriving and working the area you intend to fish. Though it has become increasingly popular to run boats shallow and look for fish, this approach has significant short and long term impact on the environment and the fish. Starting with the obvious, sea grass and boat propellers do not mix! Some grasses recover relatively fast while others can take long periods to regrow. Prior to Hurricane Ike, there was very little natural grass growth in Galveston’s West Bay. Through man’s intervention, grasses returned and had a positive impact on bay habitat and water clarity. Fishing the same areas without the grass, was a world of difference. If just enjoying and appreciating the grass habitat isn’t enough, there is a Texas law in place that prohibits destruction of sea grasses.

Beyond the habitat impact, there is a huge short and long term impact on the fish. The sound of an outboard motor can not only be heard, but also felt by fish at a great distance. Knowing that fish are sensitive to vibration and sound should make us all aware that a hasty approach, using the big motor, doesn’t usually result in great catches.

Lets take this a step further. I know all too well how cool it is to see fish moving and feeding in shallow water, having spent over 35 years fishing shallow water from poling skiffs and other shallow water boats. I’ve seen a lot and learned a ton about fish behavior and their reaction to different things that enter their environment. Moving too fast in a poling skiff, a slight stumble when wading, and many other subtle sounds can alert fish. The practice of “burning shorelines” has way more negative impact on fish. A slow, and methodical approach will lead to much more productive fishing.

Take your time, use stealth in your approach, use the day as an opportunity to study, not just fish, and you may just learn how many things are missed by so many fishing around you. Fishing from a more methodical perspective will help you shorten the learning curve and improve your fishing not just today, but in the future as well.