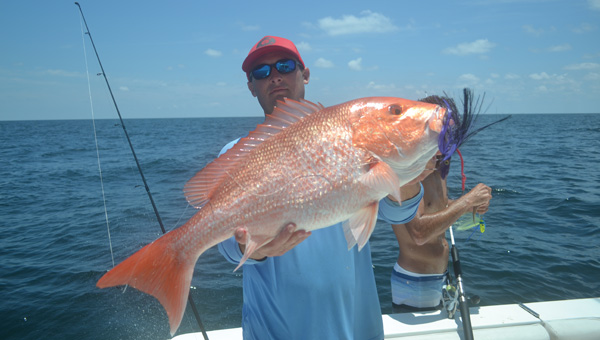 Travis Williams caught the biggest fish of the trip on a slapper and sardine. 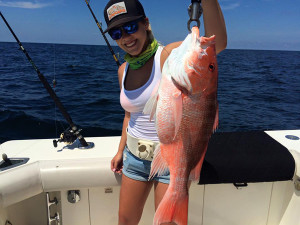 When a friend of mine asked if I wanted to stay the night at a beach house in Surfside and go snapper fishing the next morning on a 50-foot Bertram, there was no question about it, I was in.

On June 9 we took off out of Freeport. We first stopped about 40 miles out and dropped over some rocks. My sardine instantly got hit and I reeled in what was already the biggest snapper I had ever caught. We went another 10 miles and drifted over more rocks and that’s where we started hooking up on the big boys. Just about everyone got their limit at that spot and my boyfriend Garrett, caught a 40-inch ling as well. 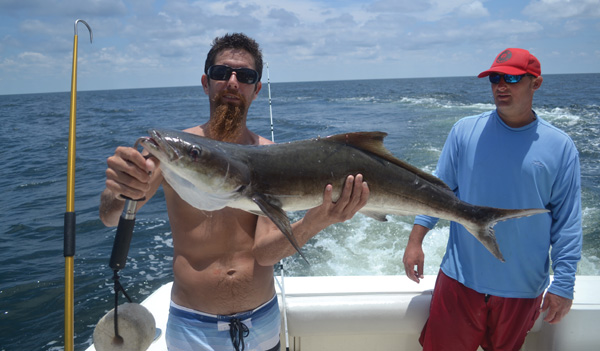 We cruised another 10 miles and the water changed to a beautiful offshore blue. This time we dropped and could see snapper only 20 feet down. My friend Ryan, who hadn’t had any luck that day, caught two monster snapper at once on a double rig! With all of us having our limits and a good day of tight lines, we headed back to Freeport as happy campers. Until next snapper season!