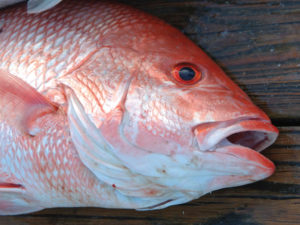 Private recreational anglers fishing in federal waters off the Texas coast will see a projected 82-day season starting June 1 under an agreement between the Texas Parks and Wildlife Department (TPWD) and the National Marine Fisheries Service (NMFS).

The agreement is a modified version of the Red Snapper Exempted Fishing Permit (EFP) application submitted to NMFS earlier this year, and will allow TPWD to establish the opening and closing of the red snapper fishery in federal waters off the Texas coast for private recreational anglers fishing from their own vessels in 2018 and 2019.

In September 2017, NMFS invited each of the Gulf States to apply for an EFP that, if approved, would authorize the states to manage recreational red snapper harvest in federal waters of the Gulf of Mexico. Texas submitted its application for an EFP in February 2018 and subsequently held three public meetings along the coast and set up a web portal online for official public comment. The public overwhelmingly supported the original EFP application and the combination of the private recreational angler sector with the for-hire sector. Under this scenario, anglers were projected to receive up to 104 fishing days in federal waters.

“Historically, charter boats have been included by NMFS in its allocation for recreational anglers.  As a result, I believe it was unreasonable for NMFS to refuse to include the for-hire sector under the Exempted Fishing Permit offered to Texas,” said Texas Parks and Wildlife Commission Chairman Ralph H. Duggins. “I have advised senior representatives at NMFS that I will vigorously oppose any future efforts to privatize the charter sector through the use of individual fishing quotas.  To do so would undermine the fundamental linchpin of the North American Model of Wildlife Conservation – that fish and wildlife are public resources.”

Help TPWD better manage this resource by downloading the iSnapper app on your smart phone and reporting your red snapper landings.