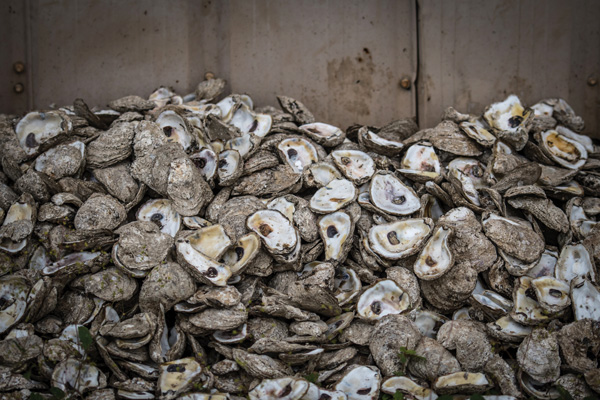 Some Galveston Bay oyster reefs still struggle one year after Hurricane Harvey. Last August, the storm produced an unprecedented 51 inches of rain that inundated the bay with fresh water. The balance of salinity was upset and this decimated local oyster populations.

“It remained too fresh for too long for most oysters to survive. Hannas Reef had 51% mortality, Middle Reef had 95% mortality, and Frenchy’s Reef had 100% mortality.  Almost all of the restoration areas in East Bay were killed.”

East Bay was not the only area hit hard by Harvey.

“Some reefs on the west side of the ship channel also saw significant mortality near where Dickinson Bayou drains into the bay. Dollar Reef had 90% mortality and Todds Dump had 62%.” Jensen said.

The reefs near Dickinson Bay and East Bay have still not fully recovered.

“The reefs that experienced high mortality after Harvey will take at least two years following the storm to recover.” Jensen said. “Our samples this year are showing a later spat set (baby oysters) than usual.”

However, many areas of Galveston Bay have shown improvement. The reefs in deeper water, in the center of the Bay and near the Houston Ship Channel, were able to support several months of commercial oyster fishing during the 2017-2018 season.