History Of The ‘Corky’ 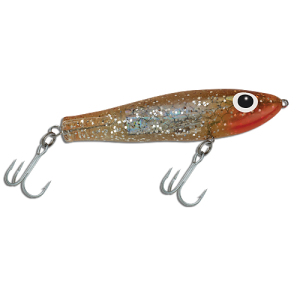 This Texas legend-of-a-lure is a favorite for fishermen targeting large speckled trout. The “Corky” as it is most popularly known, was first built in the Houston area garage of Paul Brown in 1974 and sold at nearby tackle shops.

It didn’t take long for Texans to figure out that this was a serious big trout lure. The slow sink rate and soft body elicited strikes from sow winter trout when other lures were ignored. An easily bent internal wire allowed anglers to adapt the Corky to their fishing style.

By the 1980s, what started out as a small mom and pop operation had quickly developed a cult following, and for good reason.
In 1996, Houstonian Jim Wallace caught a Texas state record 13.11-pound speckled trout while fishing a corky in Baffin Bay.
In January of 2010, Brown turned over production of the Corky to MirrOlure®. Today, these lures are sold as the “Paul Brown Original Series” and are fished by anglers from Texas to North Carolina and beyond.