Misho Ivic: A Man For All Seasons

The man behind Misho’s Oyster Company

Michael Ivic, who the entire modern world knows as Misho, is indeed a Man For All Seasons, even by the standards and description detailed in Robert Bolt’s story of Sir Thomas More.

But maybe our story should be called, A MAN FOR ALL SEASONS PLUS ONE IRON WILLED WOMAN WITH A VISION!

Misho is one of the Texas Gulf Coast’s leading oyster barons (owner of Misho’s Oyster Company in San Leon. See our September issue.) It is a company that recently had to absorb a $1.2 million loss resulting from the flood-waters of Hurricane Harvey. The fresh water deluge destroyed most of Misho’s oyster leases in Galveston Bay, reefs that will take a minimum of three years to recover. In addition, Misho lost his “Oyster House Restaurant” in Rockport, Texas which was at the epicenter of the storm.

But none of this is what Misho wanted to talk about in his cover story. Instead, Misho wants more than anything for the world to know about people, and one person in particular, who helped him to make it as far as he has, to make him who he is. For that, first you need to know Misho.

Born and raised in Croatia, Misho was schooled as an engineer and came to the United States in 1972 intending to pursue an engineering career. But like so many of us, Fate had other plans. Well actually, Fate and a loving wife named Franka, also from Croatia, who had a vision for her family. When Misho married Franka in 1972, he may not have been fully aware of just how much she would be an active partner in his life.

Misho bought an oyster boat, the Indiana and was captaining that boat from 5 a.m. – 7 p.m. every day, even after securing his engineering degree in ’76. But it was his new bride who declared they would have an oyster company. She had more than a vision! 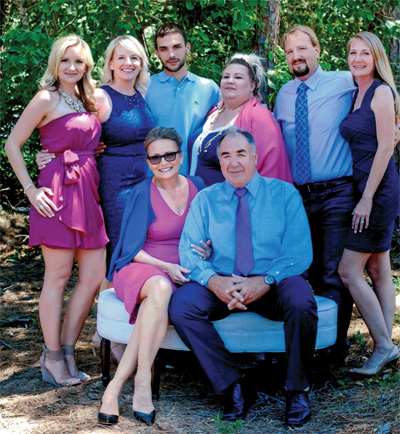 She forged her vision into reality with hard work and long hours as administrator of everything from sales to book keeping, scheduling trucks as well as directing the unloading of boats. A job that consistently took from 10:00 A.M. until midnight or longer. And so it was that Misho’s Oyster Company came into being. Together, the Ivics built an oyster empire and a fleet of oyster boats. Misho eventually found a captain for the Indiana, and Franka handled the business end for years until the children grew old enough to take over the helm, so to speak.

Today, the Ivics rely heavily upon family involvement to keep momentum going. Even so, Franka still keeps a close eye to this very day to make sure the company ship is steered with an arrow straight wake. And here’s a note for the romantics reading this story, Misho and Franka just celebrated their 45th anniversary!

It is a beautiful story of success, both personally and professionally; but there is still more to know about Misho. The following example is very revealing: One of Misho’s deckhands, a man named Johnny from Albania, demonstrated exceptional talent while working on one of Misho’s oyster boats, and wanted to form his own oyster company. Instead of being threatened by this as some might have been, Misho helped Johnny get his first oyster boat.  With Misho’s help, Johnny also became successful. The two men are the closest of friends to this very day. Hence, the motive in my naming this story after Robert Bolt’s hero.

When Misho talks about people he knows, it isn’t as acquaintances, but rather as friends. When he speaks of the people who work for him, it’s like he is talking about an extended family. Credit or praise is never directed at himself but rather at one person or another who helped him along the way, or is still helping him somehow. When you meet him, he does not greet you as an executive would, but rather with a warm handshake and a smile. This is Misho. Now that you understand, I can tell the rest of my story.

But then, there is also the Misho Extended family, for almost everybody who comes to work for Misho quickly comes under the umbrella of the Misho “E F” (Extended family). His workers feel close to him because he treats them with respect. When he talks to them, it isn’t as a worker, but as a friend. And so, when you approach a Misho business and encounter a worker, you can feel the relaxed atmosphere albeit an energized desire to do a job well. 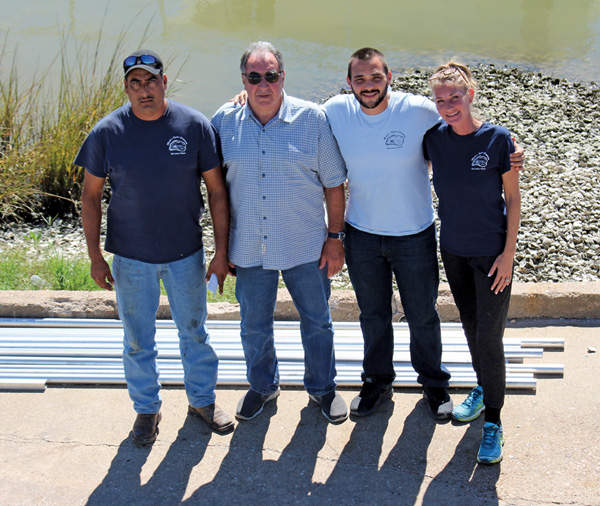 Misho is a man of many interests. There is the oyster empire with oyster leases in Texas and Louisiana. He is a wholesale supplier of oysters to restaurants and food businesses all over the United States.

Being a people person, he also has retail establishments known far and wide for oyster dishes. One of his long-time friends and customers is Phil Duke, founder of Gilhooley’s in San Leon. It is fair to say that Gilhooley’s is a national landmark when it comes to oysters. Gilhooley’s has recently been featured in Texas Monthly and GQ. The place is famous for oysters on the half shell, smoked oysters, Oysters Gilhooley, Oysters Picante, fried oysters and more.

When Phil got ready to retire, he didn’t want his creation to be taken over by just “anybody.” So, he sold it to Misho. Now that the baton has been passed, physical improvements to the property will be forthcoming in order to meet state requirements. The old, original license cannot be grandfathered in. We all hope those improvements will not erase the down-home ambiance that is as much a part of Gilhooley’s as the oysters themselves. As it is now, all patrons of Gilhooley’s enjoy a laid-back atmosphere and delicious food at small town, economic prices. Most of all, if you don’t feel like dressing up to eat out, Gilhooley’s makes you feel right at home. It is not a restaurant where the pretentious dwell.

In addition to Gilhooley’s, Misho has assumed ownership of another establishment less than two miles distant from Gilhooley’s at the corner of East Bayshore & 21st Street in San Leon, presently known as Casper’s, but to be renamed ‘BGB’, short for Bayshore Grill & Billiards. BGB is currently under renovation with an anticipated opening in November. Plans are to make BGB a family oriented facility with good food including Oysters Rockefeller and hardcore best prime rib to be found anywhere on the coast.

Previously, ‘Caspers’ was the largest billiards venue anywhere in this area, featuring ten billiards tables. BGB will retain that feature, but with the addition of electronic games geared for kiddos as entertainment while they wait on their food orders.

Villa Franka is located in Orebic, the most beautiful part of Croatia.

So, now you know that Misho is diversified. But I haven’t yet told you of the crown jewel in this wonderful offering. In far-away Croatia, Misho has created a first-class resort named after his revered wife, Franka. It is the Villa Franka and it is located within earshot of the birthplace of Marco Polo. A picture of Villa Franka accompanies this article below. It tells the story far better than words. It is a true get-away offering beauty, tranquility, history and luxurious comfort. So, how does one put a bow ribbon on a story such as this? A picture is worth a thousand words. Enjoy all the accompanying photos including our November cover. We think it will whet your appetite for a little adventure, some good food and perhaps a bit of exotic travel!