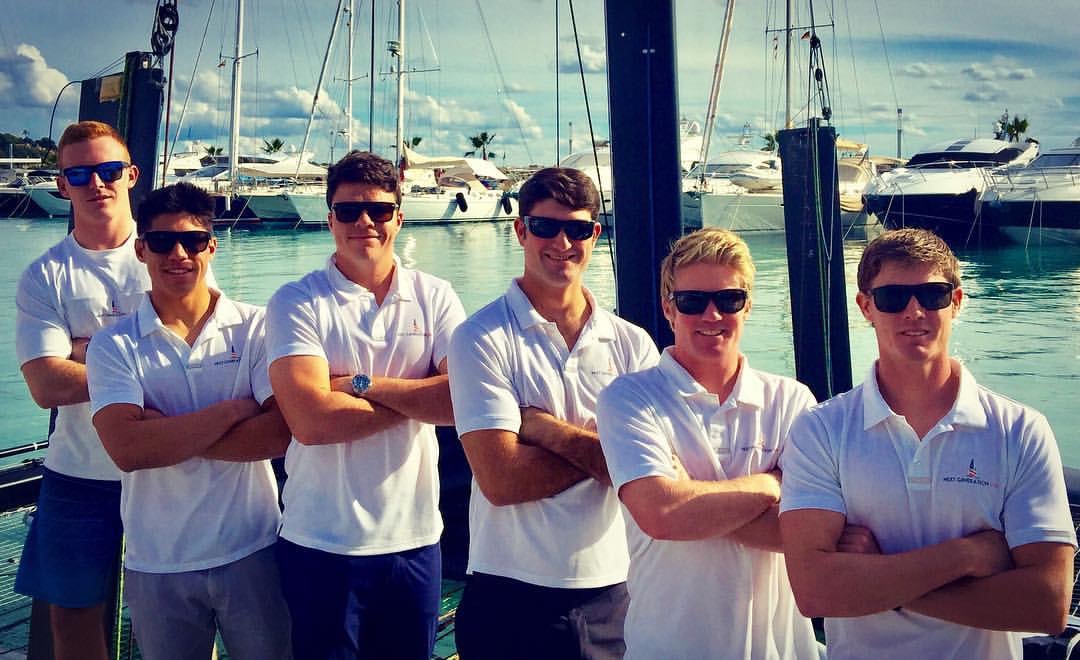 America’s Cup Event Authority along with Red Bull Sports Directors, Roman Hagara and Hans-Peter Steinacher, announced today that Next Generation USA would be the team representing the United States of America at the Red Bull Youth America’s Cup event in Bermuda in June.   The team is made up of six sailors, ages 20 – 24, with many different sailing backgrounds and experiences.  Helmsman Carson Crain and wing-trimmer Matthew Whitehead, a veteran from 2013 Youth America’s Cup, are fresh off Olympic campaigns in the Mens’ RS:X windsurfer and Nacra 17 multihull.  Tactician, Reed Baldridge and bowman Markus Edegran have recently completed successful college sailing careers and are pursuing sailing as a profession.  Scott Ewing, soft sail trimmer, is a multi-talented skiff and multihull sailor and Preston Farrow brings experience on the GC32 and knowledge of the Bermuda venue to the team.  “On this boat, the name of the game is teamwork.  Communication, co-operation and confidence in our abilities will be our strengths,” says Crain.

Next Generation USA has a full schedule of training for the next five months leading up to the Youth America’s Cup.  Their coach, Iker Martinez, a multiple world champion and Olympic medalist, adds, “These guys are willing to put in the hard work to get to the top.  They recognize that success at this event requires more than just sailing ability.”