2019 Texas Billfish Classic to be the best yet 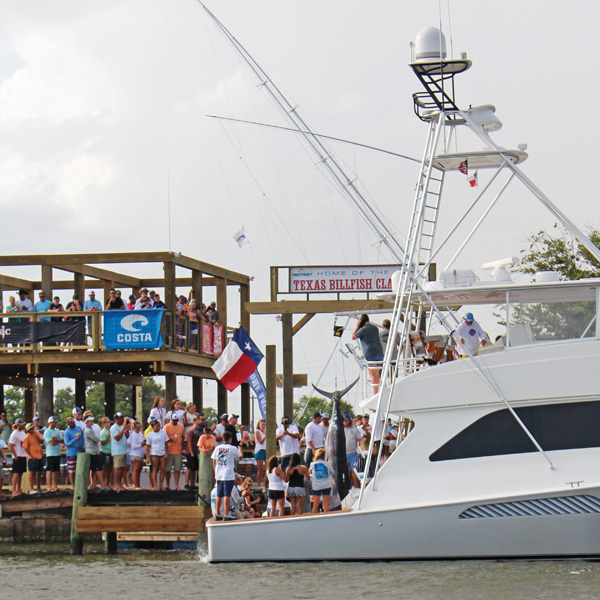 In its fourth year of bringing highly competitive billfishing back to Freeport, the Texas Billfish Classic continues to grow, with the 2019 tournament promising to be the largest one yet.

Usually an August tournament, the Texas Billfish Classic changed dates to July 16-20 by popular demand. With the unfortunate cancellation and indefinite hiatus of Poco Bueno, many of the Gulf’s best fishing teams were still ready and hungry to fish those dates.

Those teams who have never fished the TBC are in for a treat. Tournament director Jasen Gast and staff produce one of the most popular and enjoyable tournament formats on the Texas Gulf Coast. Many participants appreciate the start time, which allows boats to leave during the day and avoid dangerous runs at night. The camaraderie of the kick off party, a spirited weigh-in and awards dinner are well known and anticipated events of the tournament.

“But one of the biggest success stories of the TBC is not the fishing, but what we are able to do on land,” Tournament Director Jasen Gast said.

The tournament works closely with three charities; the Billfish Foundation, the Freeport to Port O’Connor Toy Run and the Freedom Alliance, and has donated thousands to charity over the years. The 2018 Awards Banquet ended with Jasen and the Freedom Alliance’s Pepper Ailor presenting a donated all-terrain wheelchair to veteran Jacob De La Garza, who lost his leg in Afghanistan.

Don’t miss one of the year’s best tournaments and come on down to Freeport. The general public is invited and welcome to join the weigh-in.