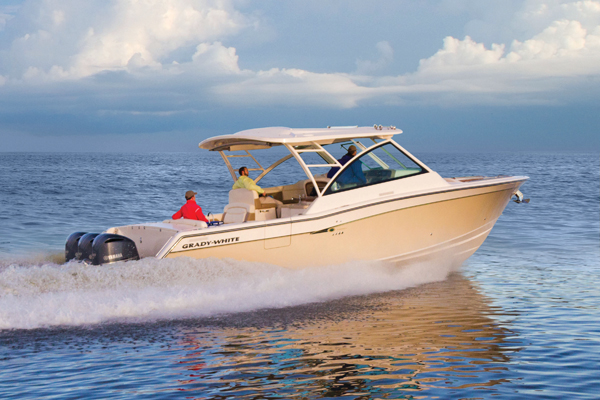 After weathering some down days, the boating industry is poised for a breakout in 2013

Numerous business and personal horror stories arose out of the economic downturn that swept across the U.S. from 2007 through 2010. The housing market imploded. The American auto industry was on the verge of collapse and millions of Americans found themselves looking for work.

The boating industry was hit especially hard by the sour economic conditions, with both manufacturers and retailers struggling to survive in the face of a drastic reduction in demand for new boats. According to the National Marine Manufacturers Association (NMMA), demand for new power boats among U.S. consumers in 2010 dipped to its lowest point since the trade organization began keeping statistics in the mid-1960s, with a little more than 100,000 boats sold. That represented a 55 percent drop from 2006 and pales in comparison to the “boating boom” days of the early 1970s—and again in the mid-‘90s— when over half a million boats were sold.

“New boat sales became almost non-existent after 2007,” said Doug Hughes, general sales manager at Sea Lake Yachts in Kemah. “Manufacturers were building boats in 2008 and ’09 and were still sitting on them a year later in many cases. Dealers were still able to sell some brokerage boats, which kept us alive, but new boat sales weren’t even half of what they had been in previous years.”

The NMMA report indicates that 2009 through 2010 was the low point for the boating industry, with the total number of recreational boats in use in the U.S. dropping to a little more than 16.5 million, down from the all time industry high of over 17.5 million.

For Hughes, who’s been at Sea Lake Yachts since 1996 and working in the boating industry since 1989, the past several years have been a far cry from the recent heyday of boat sales in 2003 and ’04, and he says the evaporation of the new boat market had a trickle down effect that dampened the used boat market as well. He says buyers who wanted to buy boats that were two to three years old had a hard time finding those vessels and had to settle for buying boats that were six or seven years old.

But the boating industry was able to ride the wave and now faces a much brighter outlook. The NMMA reported an estimated 10 percent increase in new power boat sales in 2012 and predicts that 2013 will see continued sales increases of five to 10 percent. The NMMA credits manufacturers with producing more versatile and accessible 15- to 26-foot boats intended to appeal to buyers with a variety of interests and budgets.

These smaller boats—less than 27 feet—make up 96 percent of the estimated 12.4 million registered boats in the U.S. Boats that fall into this category include aluminum all-purpose boats and pontoons, fiberglass bowriders, fish and ski boats, and jet boats.
The results of two recent surveys also point to better days ahead. An NMMA survey shows that in 2011, boating participation increased 10 percent to 83 million Americans—the largest proportion of adults (34.8 percent) who went boating since 1997 (35.8 percent). And the U.S. Fish & Wildlife Service reports that participation in fishing is up 11 percent in the past five years. 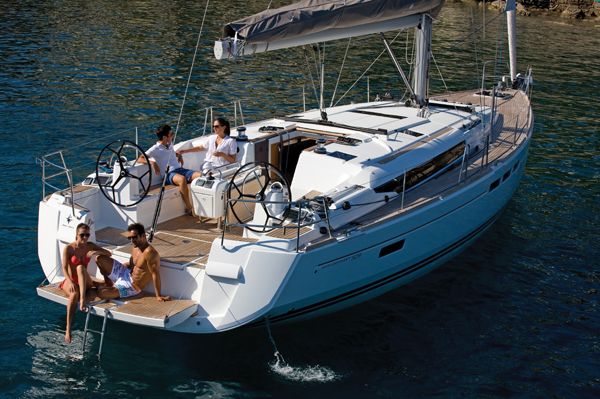 David Hunt, sales director at Seabrook’s Lonestar Yacht Sales, says through the first quarter of 2013, his shop has noticed a marked increase in boating interest and sales.

“It’s been good so far,” Hunt said. “We’ve sold a few boats and are looking forward to a good summer. I’d say the first quarter has been good for the global market also.”

Hughes says Sea Lake Yachts is enjoying a good 2013 thus far and he expects the prime selling period, which begins in May, will be a good one.

“We’ve seen a little bit of an upturn in new boat sales. It’s still not super, but it is coming back,” Hughes said.

But in contrast to the NMMA report citing sales of smaller, more versatile boats as the catalysts behind the resurgence, Hughes says larger boats are fueling the increased sales at his shop and at other retailers along the Gulf Coast.

“Manufacturers keep coming out with bigger and bigger models,” he says. “Our sales of larger models are good, but sales of smaller models are not so good. I think a reason for that is guys with lots of money still have lots of money to spend, while guys who are more in the middle class of boat buyers who might have been able to afford a $100,000 boat 10 years ago are more cautious now. Right now boats that are 40 feet and above are selling greater than the smaller boats, which used to be our bread and butter.”

Hunt says powerboat manufacturers are also going big in the horse power department by equipping an increasing number of models with beefy 12- and 16-cylinder engines that are easily capable of pushing boats over 30 knots and, in many models, over 60 knots.

Hughes says the sailboat market, while also crippled by the economic downturn, is more vulnerable to swings in the price of fuel.

“Because sailboats have a lower cost to operate, their prices come up when fuel prices go up,” he said. “Right now, fuel prices are not at an unreasonable level; still around $3 per gallon.”

According to industry reports, dual console boats are another growing market segment. Initially popular in the 1970s, dual console boats, which feature a helm station on the starboard side with the passenger station at port and a walk through at the windshield in the middle, are ideal for fishing and water sports activities and have been increasingly popular. But while dual console boats have traditionally been in the 18- to 30-foot range, a new breed of dual console vessels, like the Grady-White Freedom 375, at more than 36 feet and powered by triple Yamaha outboard motors, each producing in excess of 350 hp, represents a movement toward bigger, more luxurious dual console boats.

Whether it’s a powerboat or a sailboat, one thing remains a constant among today’s boat buyers: the desire to wrap themselves in luxury and convenience while on the water, including having all the latest technological gadgets at their finger tips and full connectivity.

“People are looking for high quality and luxury,” Hunt said. “Most manufacturers have really stepped up their interiors by using woods and granite and other premium materials. Most buyers want bed rooms and all the amenities. We see a lot of people who come down for the weekend who want to have basically a floating condo.”

The three leading sailboat manufacturers—Beneteau, Catalina and Hunter—are all producing sailboats that feature high quality cabin materials and state-of-the-art electronics, as are leading powerboat makers, such as Bertram, Azimut Yachts and Grady-White.

After nearly 25 years in the boating industry, Hughes has seen his fair share of market swings and corrections, but he says there are several reasons why this is a great time to be a buyer … or seller.

“When I started in 1989, we had luxury taxes, so interest rates on a boat loan were around 12 percent. Today, it’s four to five percent,” Hughes says. “So you could have a 20-year note on a $100,000 boat and have a monthly payment of around $600. Plus, if they don’t already have a second home, buyers can write off the purchase as a second home. The other plus is that manufacturers are holding steady on prices, we anticipate a good 2013.”