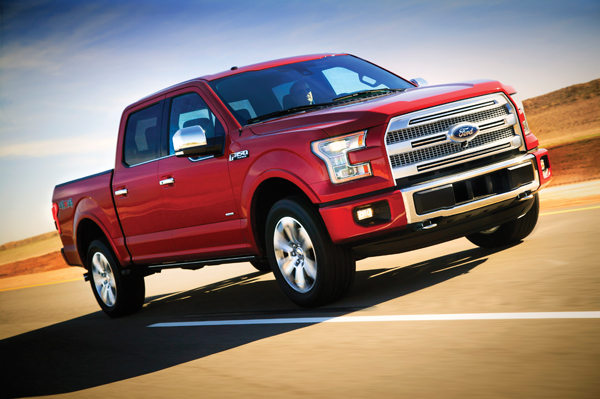 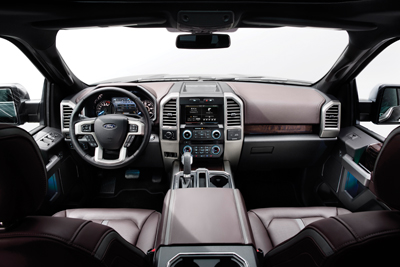 The biggest game changer in modern-day trucking made its debut at the 2014 North American International Auto Show in Detroit recently; the 2015 Ford F-150.

For the first time, high-strength, military-grade, aluminum alloys are used throughout the F-150 body. These alloys, already used in aerospace, commercial transportation and other industries, make the new truck’s body lighter, stronger and more resistant to dents. If that’s not enough, an all-new, fully boxed ladder frame with more high-strength steel than ever makes a tough chassis even stronger, yet lighter. Overall, the F-150 is up to 700 pounds lighter, helping the truck tow and haul more, accelerate and stop faster, and operate more efficiently.

Changes were made under the hood as well, with four engine options that include an all-new 2.7-liter EcoBoost® 4-cylinder power plant with standard Auto Start-Stop technology. The naturally aspirated 3.5-liter V-6, the EcoBoost V-6 and the 5.0-liter V-8 will remain in the lineup.

Included for the first time in an F-150 are a remote opening tailgate, LED headlights, LED cargo box lights, and extensive on-the-job and at-play amenities. 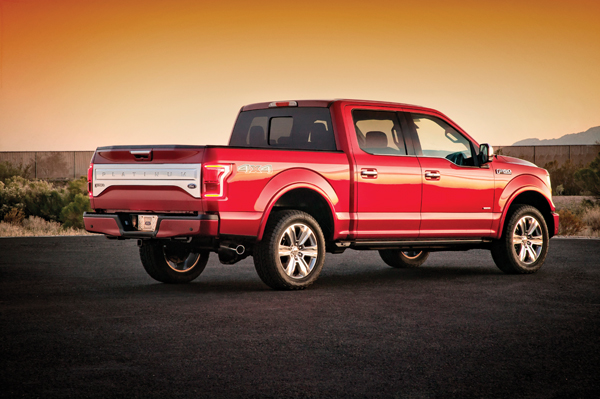 One feature that every fisherman will welcome is the new trailer hitch assist. A new rear view camera, that adds a superimposed line on the screen based on steering wheel angle, will help line up truck and trailer without requiring a spotter or having to get out of the vehicle.

The instrument panel has been completely redesigned with an all-new 8-inch productivity screen featuring computer-generated graphics and customizable information. The speedometer, tachometer, fuel gauge and amp meter are all now fully computer-generated, and the driver can choose additional screens for a specific use such as towing or off-roading. The driver also can configure the locations and colors of the individual instruments.

When it goes on sale late this year, the all-new Ford F-150 will continue the tradition of offering no fewer than five primary trim levels along with chrome appearance packages for XL, XLT, Lariat and King Ranch. Monochromatic sport appearance packages are available with XL, XLT and Lariat and the FX4 off-road package can be added to most four-wheel-drive models.

We’ve only touched on a few of the major highlights here. We suggest you head to www.Ford.com for complete details. You’ll be able to put your eyes on the new 2015 F-150 in the Ford Display at this year’s 2014 Houston Livestock Show & Rodeo.