Shimano unveiled new, heavier weights of 200g and 250g for their innovative Flat Fall Jigs at this year’s ICAST.  These jigs are designed to entice strikes as they flutter down through the water column. Speed jigging is, no doubt, an effective way to catch fish, but can also be physically taxing. These Flat Fall Jigs take the work out of jigging and let you conserve energy for fighting fish.

We were eager to try out the new 200g in Pink/Blue offshore the Texas coast. On a trip 30-40 miles out of Galveston, we hooked up on red snapper, dorado and kingfish while fishing near platform structure and reefs. This jig falls through the water column slower than other jigs of the same weight so keep a mindful thumb to prevent backlashes. 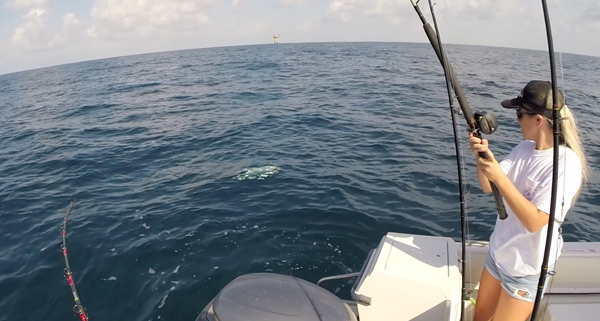 As designed, the jig drew fish strikes as it fluttered through the water column, but this lure can also be worked up back to the surface in typical speed jig fashion. Hook ups on dorado mostly occurred 10-30ft under water as the jig was ripped back to the boat. Keeping it near the bottom was productive when fishing for red snapper.

The 200g and 250g flat fall jigs should also be perfect for other Gulf species like amberjack, grouper and tuna. These lures could be very effective when jigging for tuna at night near the ‘floaters’ or semi-submersible drilling platforms in the Gulf. Blackfin tuna, and occasionally yellowfin tuna, have no problem hitting diamond and speed jigs on the drop near this structure.

Check out the video below for a Texas-sized red snapper brought up on Shimano’s new 200g Flat Fall Jig.

“No, don’t hold too tight to the reel. Cause it’s a big one boy. It’s gonna pull you down now.”

That happens to be one of my favorite lines on the song Pull by Blind Melon.  It’s also exactly what was racing through my mind as a 100 lb tarpon made its first appearance on an epic jump while fishing with Capt. Brian Barrera on South Padre Island.  In an instant, with a perfectly embedded hook in its upper lip, the Silver King made its first run 125 yards parallel to the jetty towards the Gulf before another spectacular aerial show.

In the last issue, I concluded my article by mentioning the 2019 Shallow Sport Tournament on SPI.  This year, I had the pleasure of guiding Team Sportsman, consisting of Rob Youker, his 11 year old grandson McCaden Wolf, JR Torres and his daughter Crystal Torres Brice, all from College Station.  Rob is President of The Sportsman Boats in San Benito.  The Sportsman is the only authorized Shallow Sport dealer in the Rio Grande Valley and both companies have been honored as leaders in the boating industry.  Rob has led this 3rd generation company to a Top 100 Marine Dealership Award in North America for 14 consecutive years.

I met the team early in the morning at Jim’s Pier on SPI and we immediately began discussing the day’s strategy.  A few sips of coffee later and a couple of ideas traded back and forth and we were on our way to join the ant line of boats en route to check-in behind Louie’s Backyard.  We wanted to make sure we had good positioning before the 6:30 am shotgun start.  If you’ve never been in the midst of 250+ boats simultaneously racing off to their favorite fishing holes, then add it to your bucket list of things to do on the Texas coast.

Wind was a major factor this year as anglers dealt with stiff breezes in excess of 30 mph.  As I said in the previous article, I like me a little bit of gusting wind.  Team Sportsman member JR Torres also seemed to favor the breeze as he hauled in a 27 15/16” tournament winning redfish that topped the scales at 8.22 lbs and earned Team Sportsman a 1st Place finish in the Redfish Division.  This was JR’s first fishing tournament and we faced some heavy hitters as competition.  How cool is that?

Fishing on South Padre has been nothing short of exceptional as summer has officially kicked off.  Redfish action has been solid during the afternoon outgoing tide using a DOA 5.5” Jerk Bait in Texas Croaker on a 1/8 oz. jighead.  When redfish aren’t as eager to eat a lure, drift fishing the flats with cut ballyhoo has been productive.  In the cooler and deeper waters off the ICW, speckled trout can be found on both live and artificial baits.  Target visible structure while slowly crawling a lure on the bottom until you feel that thump. Black drum have been schooling up in the channels of South Bay and can make for an action packed day of fishing.  These herds of fish have been prevalent on both an incoming and outgoing tide.  At the jetties, kingfish are also beginning to show up and as I mentioned earlier, so are the tarpon.  If you’d like an opportunity at landing a Silver King on the Texas coast, give Capt. Brian Barrera a call!  Until next time, keep fishin.’ 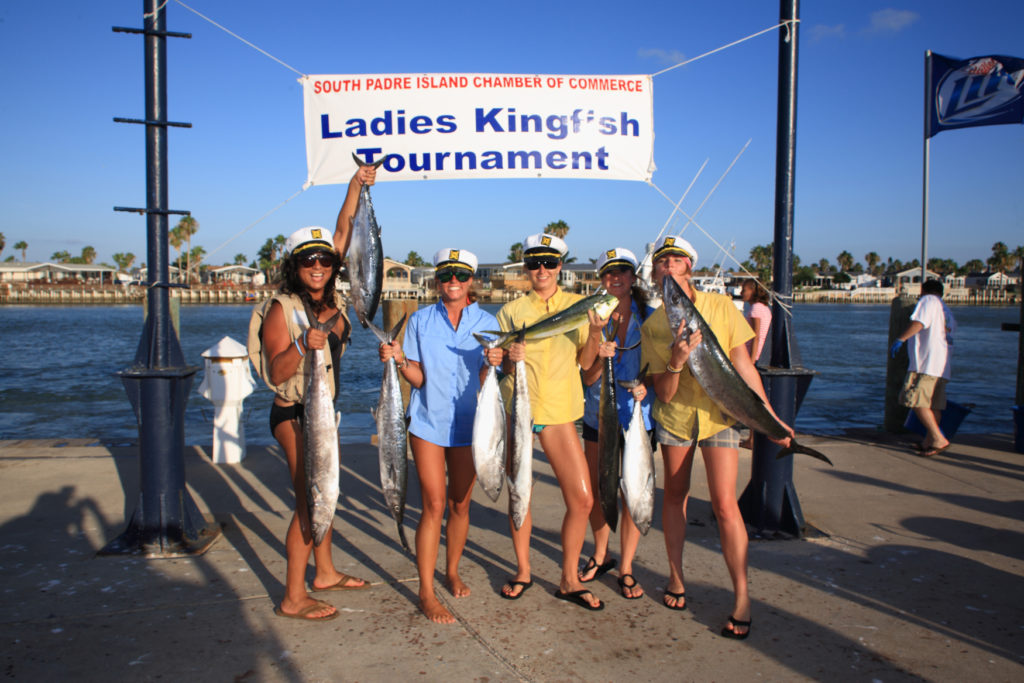 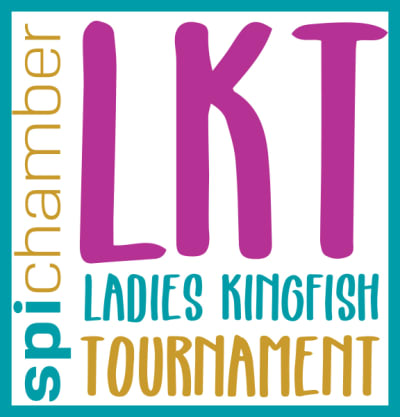 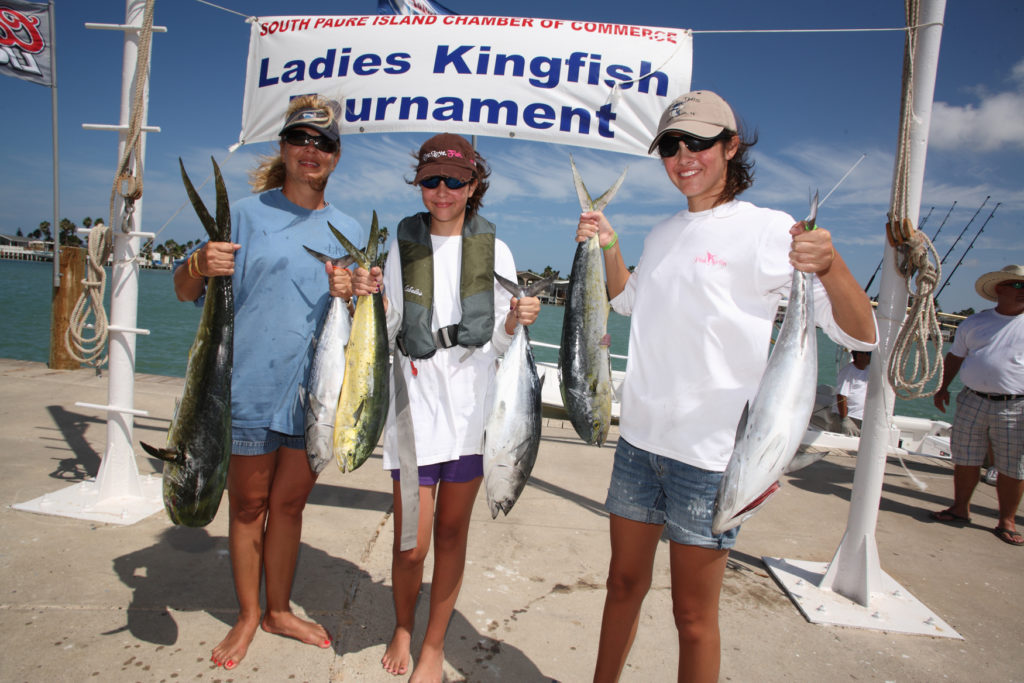 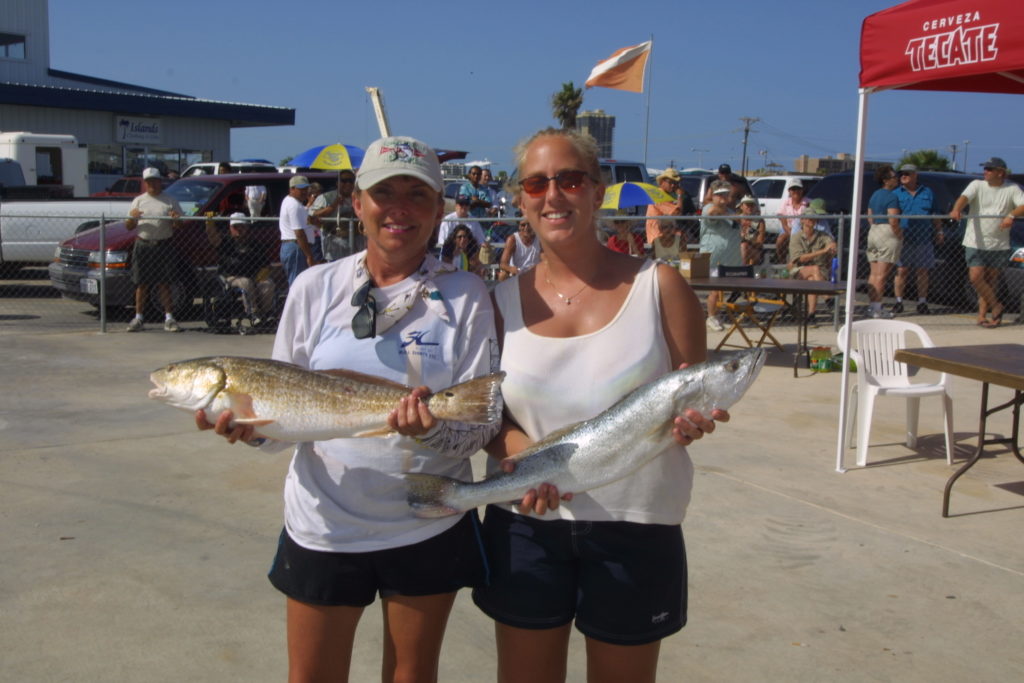 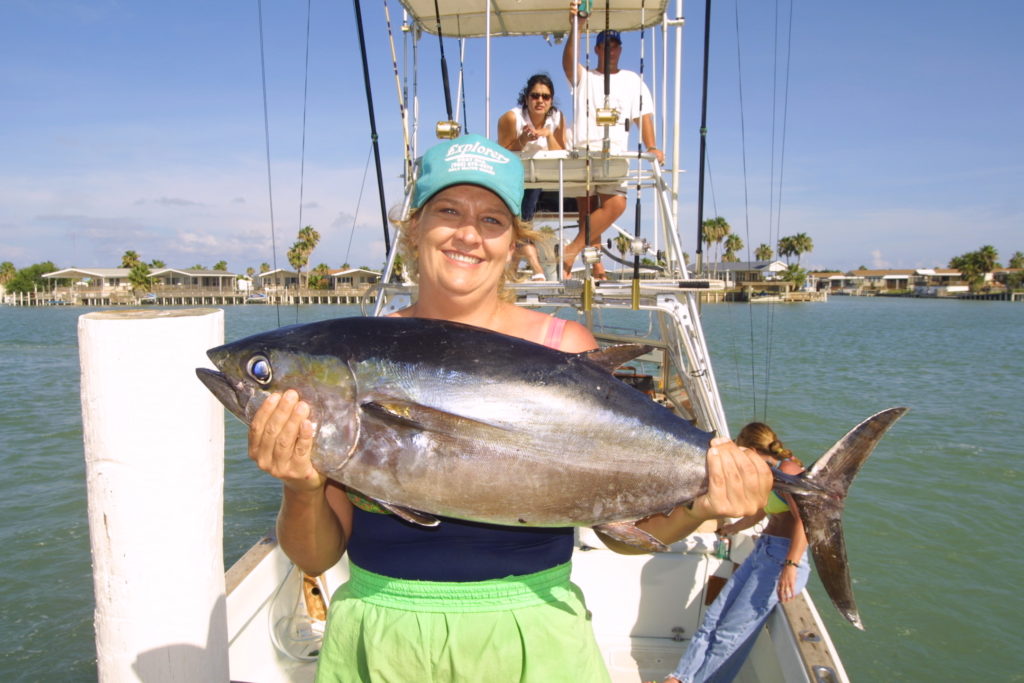 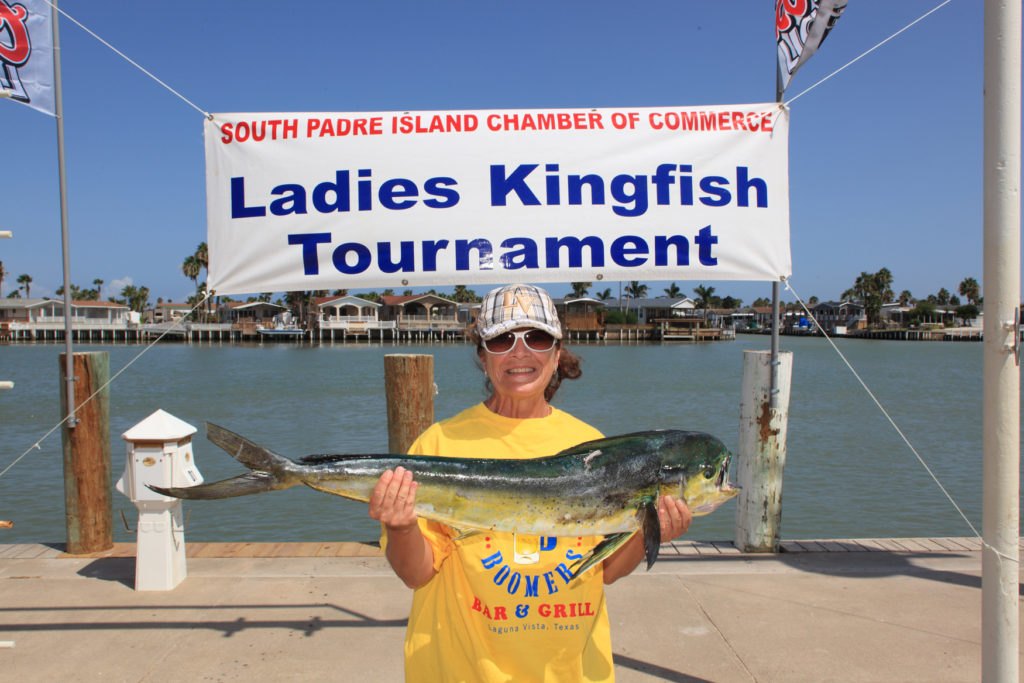