Lure Colors for Trout and Redfish 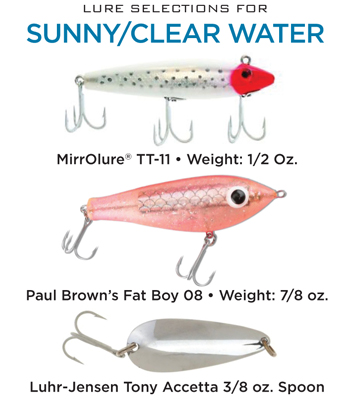 What a difference color can make!

Have you ever been fishing with friends and either you or they were catching fish while the other person was not?  Well, if you were using artificial baits, I bet the difference in success was a result of the color of the bait, assuming they all were different colors.

Fish are not color blind and can see clearly on the darkest nights and can distinguish colors. 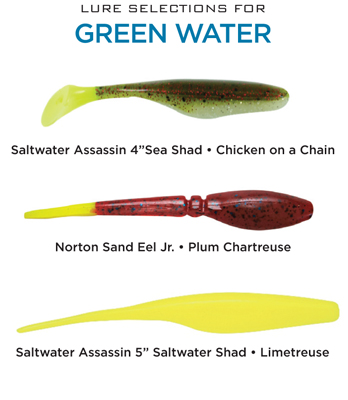 Saltwater fish living where the water is very clear tend to be bluish or silver.  This makes them almost invisible and lets them blend with the clear water background.  When they move into the bays to spawn, they change colors and become brownish and stay that way until they move back into their normal habitat. 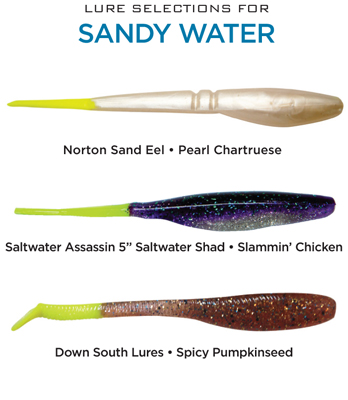 The reason for this change is to camouflage and protect them from predator fish.

The color of a lure has everything to do with catching saltwater fish.  Personally, I have fished with others using baits of various colors and after an hour or more, certain colors would be hit while fish turned up their noses to the rest of the colors.

The example I mention has occurred on several occasions while wade-fishing or drifting and casting with the same type of baits, in each case we all were tossing soft plastics.  One situation took place in Port Mansfield, the other in East Galveston Bay.

In Mansfield, white Norton Sand Eels with chartreuse tails out performed other variations of the same bait three to one and root beer colored touts did the same thing over other colors of touts in East Bay.

Rudy Grigar, who largely is credited with starting the interest in fishing with artificial baits in the Galveston Bay complex, had years of experience in dealing with baits and colors long before most “hardware” and “soft plastic” fishermen arrived on the scene.

Grigar loved to check fish, that had been recently caught where he fished or planned to fish, for their feeding habits.  Opening the stomach cavity would reveal just what was being consumed and would give a clue as to the color of bait to be used.

Early in the season when glass minnows or small mullet were the top choices of trout, he would use light-colored baits.  A silver spoon with a white bucktail often enticed a hungry trout that was feeding on the small fin fish.

Later in the season when shrimp were migrating, he would use darker, preferably light brown, colored baits.  Gold spoons with pink bucktails were one of his favorites.

Grigar had a list of bait colors he recommended for various conditions and always had the caveat of saying “ I recommend  the following colors; however, if you are on fish and they are not hitting your bait, try another color”.  Fish will surprise you.  They are not dumb.”

Lure color selection is dependent on water and weather conditions.

The colors and conditions he recommended were:

For green water, which is prevalent during windows of light winds and good tidal movement during the summer, his favorite was chartreuse.

For muddy waters or heavy, sandy conditions such as those created by strong southwest winds during the late spring and summer, his advice was to wait for the water to clear and not to waste your time.

What about the tail colors?  The colors recommended above do not reflect buck tails or different colors for the tails of soft plastics.

Carlos Rogers who fished the Port O’Connor area for years, was adamant about different colored tails and buck tails for baits.  He felt that the tail color would offset any ill-effects of the primary bait color and for that reason always had an assortment of soft plastics and spoons with various colors at the end.

White and pink were Roger’s favorite colors and anytime he added one of those to a lure and did not catch fish he switched to the other color. If the fish still did not bite he was convinced that they were either not around or not feeding.