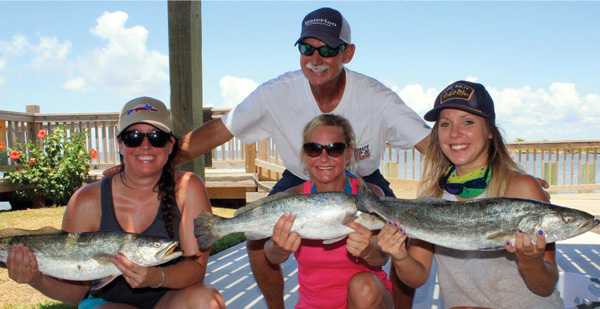 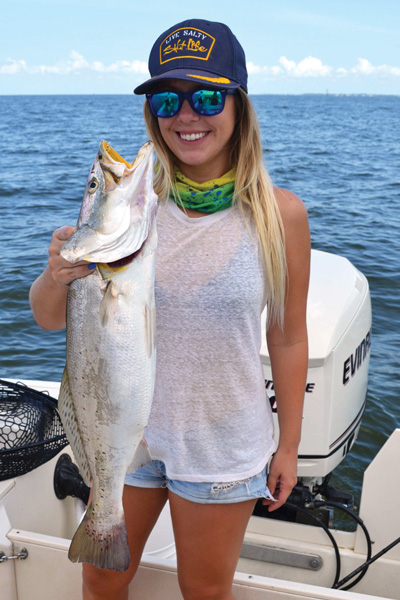 When the Gulf Coast Mariners Team – Debbie Salisbury, Colie Blumenshine, and myself, Kelly Groce – hit the water early that July morning on a mission to find and catch big trout, little did we know what lay ahead in the Galveston Bay Foundation Tournament.

Our guide, Capt. Bob “Mangus” Drisgill of Mangus II Charters, took us to our first spot over a reef. After a few minutes, I hooked on to what felt like a decent trout. The fish was pulling drag and giving a fun fight. We got it to the boat and it was a nice 23-inch trout. A few more 18-20 inch trout were caught at a variety of other locations. 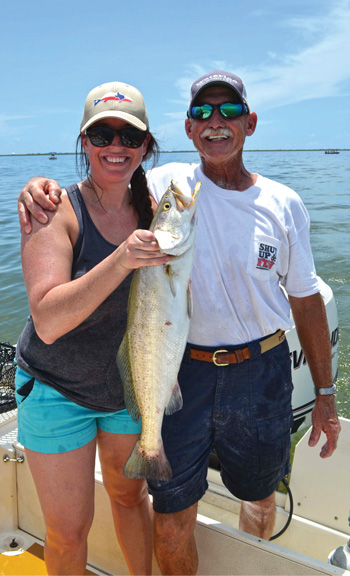 The weather was beautiful and there was barely any wind. We went to our last spot of the day and immediately hooked on. Captain Bob got on a nice drift over reef, which produced great for us. I ended up reeling in my personal best trout, which was 25 inches and 5.9 pounds! Our ice chest looked like it was in good shape, so it was time to hit the weigh in. Once we arrived at Stingaree Marina, we weighed in our three best trout, which totaled 16.20 pounds.

Thanks to Captain Bob and the fish gods, the Gulf Coast Mariners won 1st place Guided Heaviest Stringer. You couldn’t wipe the smiles off of our team’s faces after a fun filled day of Captain Bob’s jokes, catching beautiful Galveston Bay speckled trout, and winning 1st place in the tournament. 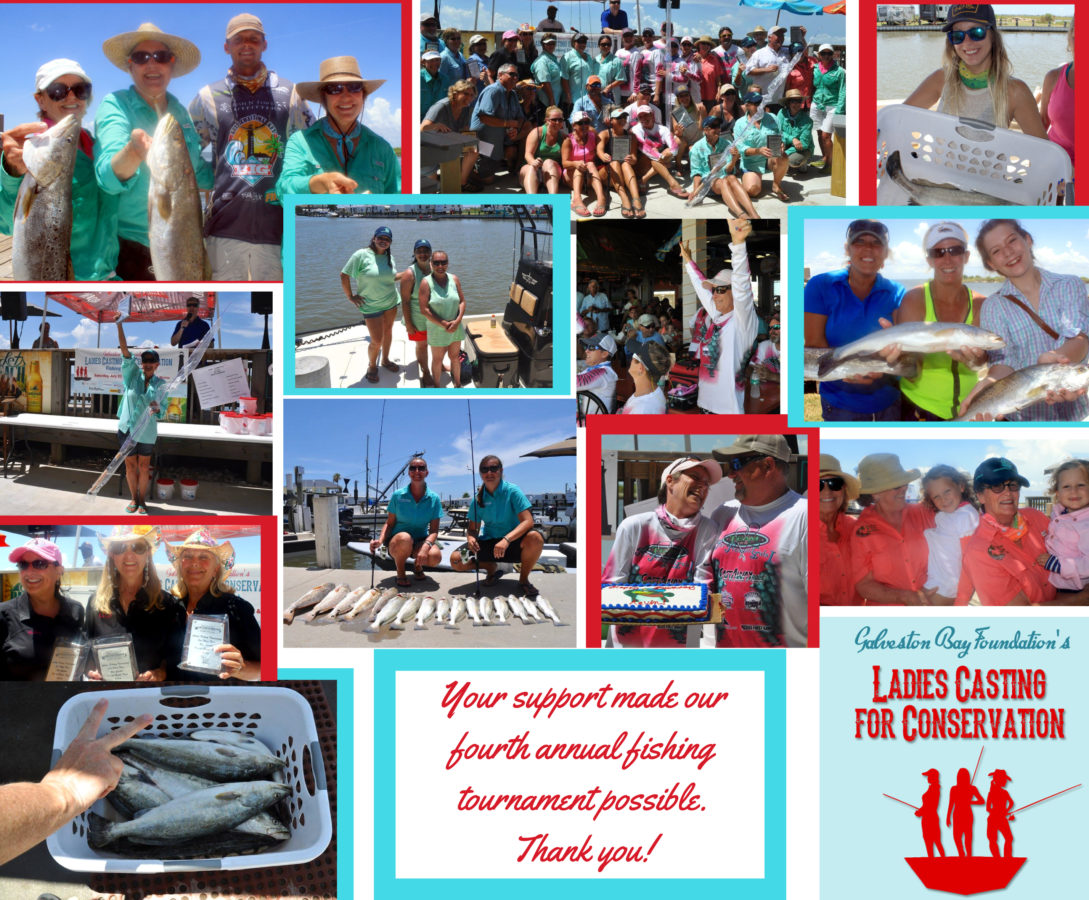 The Galveston Bay Foundation sent us this nice thank you collage for participating in the Ladies Casting for Conservation Fishing Tournament. Our team had a great time, got 1st place heaviest stringer, and overall $35,000 was raised to help our bay. We suggest any lady anglers out there sign up for this tournament next year, it was a blast!