I waited a long time to hold a snook, especially a slab like this one. Caught on D.O.A. Lures 4” shrimp in 305 nite glow and a 3/8 oz. jig head. Photo: Cindy Nguyen

South Padre Island is home to not only some of the best pastor tacos, but also the only fishable population of snook in the Lone Star State. I learned this after attending the D.O.A. Lures Outdoor Writers Event. That is also where I met Cindy Nguyen who is an amazing angler that has fished all over the world. She told me stories of catching snook in Florida. I think once I told her I had never fished for a snook let alone caught one, she felt bad for me. About a month after the writers event, Cindy gets a hold of me and says, “Let’s go get us a Texas snook.” It doesn’t take much convincing to get me to visit south Tejas, especially for a bucket list fish of mine. It only made sense that we ask SPI’s own Capt. Brian Barrera to take us. Brian is an overall great fisherman, but he has snook fishing dialed-in better than anyone else in the area.

Cindy Nguyen is no stranger to catching snook, but here she is with her first one caught in Texas. Photo: Kelly Groce

Cindy and I got to SPI around noon (thank you to the cop who gave me a warning for speeding due to my excitement). We met Brian and followed him to the boat launch, which is eight minutes away from the Mexico border, jumped on his Shallow Sport Boat, Blackbeard’s Delight II, and headed towards the Brownsville Ship Channel. Brian used a 1 oz. D.O.A. jig head with a D.O.A. 3” Texas Croaker shad tail that he said the snook had been loving lately. He tied on the ole’ faithful D.O.A. 4” shrimp with a 3/8 oz. jig head on another rod, which after a spot or two, Cindy caught her first beautiful Texas snook on. We then checked out a spot where you could literally see dozens of snook in the shadows and cast right at them, it was pretty unreal. The sun started to set and Brian showed us how to catch a few more before calling it a day.

After losing a slot snook by the boat the day before, I was happy to land this one. Photo: Cindy Nguyen

The next morning, I was determined to get my south Texas snook. I played some Selena on the way to the boat launch to get the fish in the mood. As we pulled up to the first spot of the day, there was tons of fry in the water and you could see snook hitting the surface. I tossed my D.O.A. shrimp as close as I could towards the rocks and started working it back, then I felt something slam my shrimp and I heard Brian say, “It’s a snook!” It jumped a couple of times before Brian netted it. Such a cool fish to not only catch, but to release. You lip them like a bass and they suck on your thumb until they are ready to swim off. Nothing could wipe the smile off of my face after catching some snook.

If you’re looking for your next fishing trip, check out South Padre Island and Capt. Brian Barrera. He’s a great fishing guide that can not only put you on snook but also trout, redfish and flounder. During the warm months he’s chasing big tarpon if you want a shot at the silver king.

I’ll be back that’s for sure. 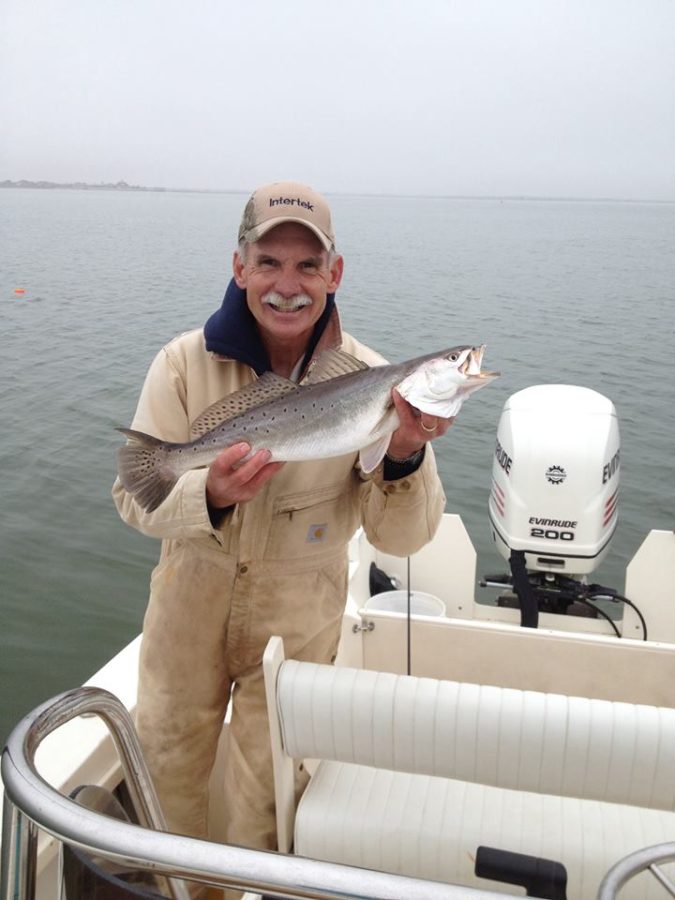 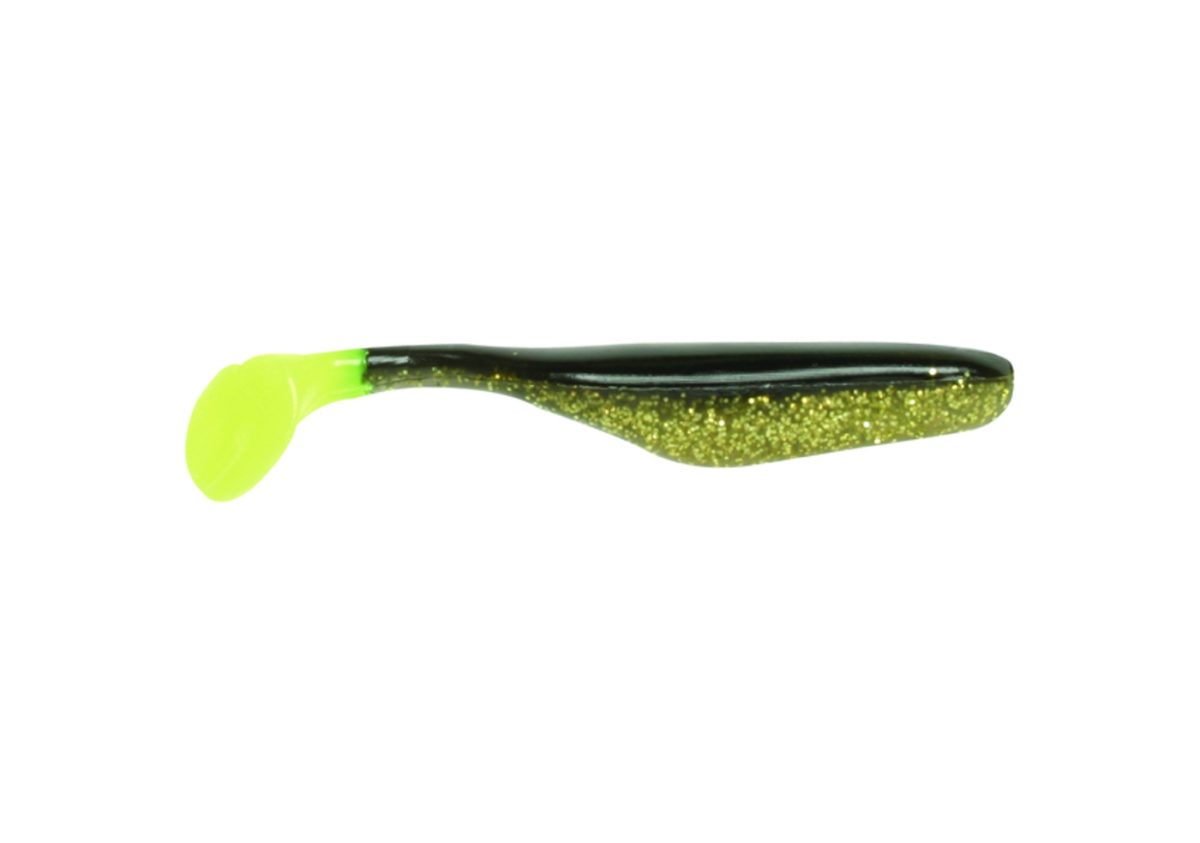 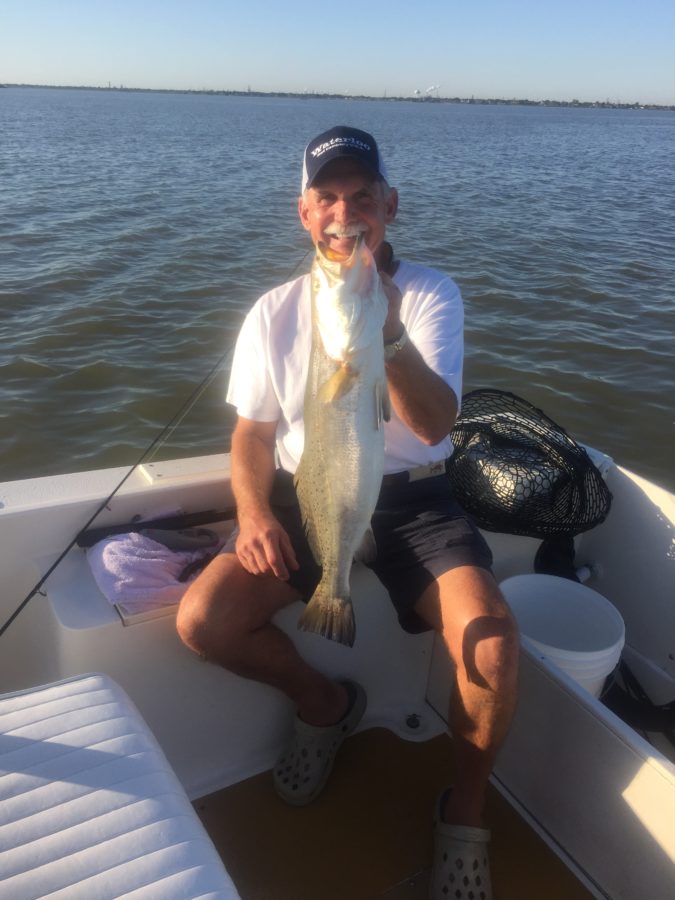